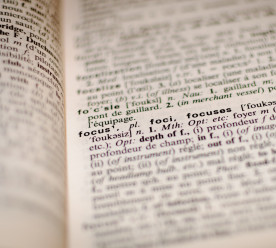 The Investment Association (IA) has launched industry-wide definitions on responsible and ESG investing in an attempt to create a common language for advisers, fund managers and consumers. The definitions are based on a consultation with more than 40 investment management firms representing £5 trillion of assets. According to the IA, consumers could easily be left “confused” or “unable to find the investment opportunities” that match their responsible investment goals due to the variety of terms and phrases, used in a number of different ways. Investment managers are being encouraged by the IA to adopt the framework and definitions which will reflect the wide range of responsible investment approaches and commonly-used terms. Rebecca O’Keeffe, head of investment at Interactive Investor, welcomed the definitions but stated that “it cannot solve the inherent tension within the industry as to what makes an ethical stock and it does not address the problem of the huge subjectivity”. (FT Adviser)

The UK’s progress towards its decarbonisation goals is slowing, threatening the country’s ability to meet its target of hitting net zero emissions by 2050, according to new research released by PwC. PwC’s research confirms the UK’s carbon intensity fell by 3.5 percent in 2018, marking a sharp slowdown compared to the 6.5 percent drop achieved year earlier. Crucially, the 3.5 percent rate is also below the UK’s average annual decarbonisation rate, which stands at 3.7 percent since 2000. The data suggests the UK is off track from its net zero by 2050 commitment, which requires an annual improvement in carbon intensity of 9.7 per cent, according to PwC. The significant emissions cuts over the past decade are largely due to the decarbonisation of the electricity system, particularly the phasing out of coal power, but the government is now under pressure to speed carbon cuts in other areas like transport, heating, industry, and agriculture. (Business Green)

One of the UK’s biggest charity fund managers, CCLA, has teamed up with a UN-backed investor group and the UK’s Investment Association to launch an initiative aimed at stamping out slavery from companies’ supply chains. CCLA argues that virtually every company in the UK has connections to slavery somewhere in its operations, with more than $18 billion of goods produced from forced labour imported into Britain every year. Even though the UK’s Modern Slavery Act came into force in 2015, few companies have made significant progress on the issue, warns CCLA, which manages £10 billion of investments for charities, the Church of England and local authorities. Its three-year initiative, called ‘Find it, fix it, prevent it’, is backed by Principles for Responsible Investment (PRI), a UN-supported international network of investors, and Rathbone Investment Management. It will use the clout of investors to encourage UK businesses to find and help victims of slavery within their operations and supply chain. (The Guardian)

FTSE companies silent on parental leave on their websites

Research by the online parents’ portal Mumsnet has found that only 38 companies across the FTSE 350 and just under a quarter those in the FTSE 100 were clear on their websites about the parental leave options for potential job hunters. Many companies, including bakery Greggs and Pets At Home, gave information on employee benefits but failed to mention parental leave options. A survey of more than 1,000 parents and prospective parents conducted by Mumsnet showed that keeping parental leave policies hidden has an impact on those returning to work or looking to switch jobs. More than 80 per cent of those surveyed said they were reluctant to ask potential employers about their practices on parental leave because they feared it “would make a job offer less likely”. Mumsnet called on political parties to include a requirement for large employers to publish parental leave policies in their forthcoming election manifestos. (Financial Times*)

Concern among UK voters about the state of the environment has hit its highest level in several decades, according to the findings of a poll by market research company Ipsos Mori. The survey of more than 1,000 voters suggests green issues are now more important to the public than the economy, education, and housing. The figure rises to 29 percent among 18-24-year olds, but more than one in four of 45-54-year olds also cite the environment and pollution as a top issue. Pollsters said the environment had hit its highest peak in public concern since July 1990, marking “a long period of growth in concern for this topic” over the past three decades. The results provide yet further evidence that events over the past year may have had a sizeable impact on public awareness of climate and environmental issues, with Extinction Rebellion, Greta Thunberg, school strikes, and worrying scientific reports all helping catapult green issues into the mainstream. (Business Green)