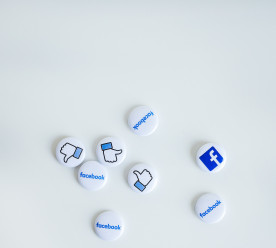 Social media giant, Facebook, has revealed that 11.6 million pieces of content related to child nudity and child sexual exploitation were taken down between July and September 2019, in its efforts to remove harmful content from its platforms. For the first time, Facebook is also releasing figures for Instagram and including numbers for posts related to suicide and self-harm which reached 845,000 pieces. They also released figures on content removed covering drug-sales, firearm-sales and terrorist propaganda. Overall, the figures suggest Facebook is removing ever larger quantities of harmful content. However future efforts to clamp down on harmful content could be hampered by the social network’s self-styled “pivot to privacy”, announced by chief executive Mark Zuckerberg, in part in response to the Cambridge Analytica scandal. This is because the end-to-end encryption on Facebook-owned WhatsApp will be extended to Facebook Messenger and Instagram, with Zuckerberg acknowledging there would be a “trade-off” that would benefit child sex abusers and other criminals. (BBC)

Shell’s aviation fuel arm is to support Europe’s first dedicated sustainable aviation fuel production plant in the Netherlands, the oil giant has announced. The SkyNRG project is one of a number of jet biofuel projects that are under development around the world. Shell is to provide technical and commercial expertise to the plant, which is expected to become operational in 2022. The plant is set to produce fuel made from waste and residue streams, such as used cooking oil sourced from regional industries. The facility will run on hydrogen, manufactured locally in the Groningen Seaport. The combined benefits of the feedstocks, hydrogen, and use of low carbon energy to power production will reduce the fuel’s lifecycle carbon emissions by approximately 85 percent compared with conventional jet fuels, according to estimates from certification body the Roundtable on Sustainable Biomaterials. Anna Mascolo, vice president of Shell Aviation, said “when it comes to carbon emissions, the aviation industry needs collaboration among industry players”. (Business Green)

Tech giant, Apple, is racing to collect healthcare data from its customers, launching a new research app that it claims will “advance science” by harvesting information from its huge base of iPhone users and Apple Watch wearers. They are hoping millions of users will opt in and participate in an array of medical studies that rely on its electrocardiogram sensor, decibel meter and menstrual cycle-tracking functions, which in turn could generate outcomes that Apple would then use to build new products. The announcement comes as big tech companies, led by Apple, Google and Amazon, are pushing into healthcare. However, the companies are also coming under increasing scrutiny for their use of health information. On Tuesday, the US government said that it was probing whether Google broke privacy laws on healthcare data in a cloud computing project with Ascension, the US’s second-largest healthcare system. Apple is hoping to differentiate itself from rivals thanks to its nearly 1 billion iPhone users and a “privacy first” business model that is not reliant on advertising. (Financial Times*)

Multilateral lender, European Investment Bank (EIB), has said it will stop funding fossil fuel projects by the end of 2021. Under the new policy, energy projects applying for EIB funding will need to show they can produce one kilowatt hour of energy while emitting less than 250 grams of carbon dioxide, a move which bans traditional gas-burning power plants. The policy raises new risks for the gas industry, which has more than $200 billion in liquefied natural gas projects lining up to go ahead worldwide over the next five years, aiming to provide a cleaner alternative to coal and oil. Environmental organisations celebrated the EIB decision but expressed disappointment that its introduction will be delayed by a year after lobbying by European Union member states. EIB vice president, Andrew McDowell, said the bank wants to “set the standard” for what it means for a multilateral bank to be aligned with the Paris agreement. (Reuters)

A new report from think tank The Green Alliance has warned that policy gaps and the uncertainty of Brexit is halting investment from manufacturers into the “new competitiveness frontier” of smart technology for electric vehicles (EVs), which risks pushing the UK’s net-zero emissions goal out of reach. This is the first report in a series of industrial sector studies exploring how technology can create profitability as part of the low-carbon transition. The report notes that with global sales of EVs set to increase 14-fold by 2030, mobility services and tech solutions that streamline operations and manufacturing in the sector are a key area of development. It states technologies such as smart sensors and big data will enable EVs to integrate better with existing infrastructure and public transport, cutting traffic and improving air quality as a result. Predictive maintenance data and tests will also help to maximise vehicle use and extend their life, as well as optimising fleet management. (edie)