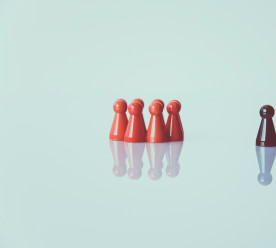 Staff at social media giant, Facebook, have stated that the company is still inhospitable to its minority employees, despite its efforts to confront racism. In a Medium post last week, past and present staffers wrote that conditions at Facebook have grown more hostile since a former employee exposed the company’s “black people problem”. The memo includes a dozen anonymous anecdotes of black employees being belittled, dismissed and denied opportunities for advancement. The employees say they did not use their names because Facebook’s culture makes employees of colour afraid to report bad behaviour. They also noted that the anecdotes are also “reflective of” mistreatment of Latino and female Asian employees. The note was published the same week as Facebook’s annual “Black@” conference, where top executives Mark Zuckerberg and Sheryl Sandberg addressed hundreds of their African American employees. A Facebook official has apologised for mistreatment the black staffers experienced. (New York Post)

The circular economy, including new waste and recycling laws, will represent “half” of the EU’s effort to achieve net-zero carbon emissions by 2050, and will be “the number one priority” of the upcoming European Green Deal, officials have said. Unveiled in December 2015, the first circular economy action plan became one of the hallmarks of the outgoing EU executive. Highlights included a ban on single-use plastic products like cutlery and food containers. And at least 70 percent of packaging will have to be recycled by 2030, including 55 percent of plastics under new rules brokered last year.  Director for circular economy and green growth at the European Commission’s environment directorate, Kęstutis Sadauskas, stated that was “only the beginning of the journey” and noted that there is much still to be done to make the economy truly circular as global resource use continues to increase. (edie)

Refill app expands to food on the go

UK high Street chains and retailers, including LEON, Neal’s Yard Remedies, Waitrose, and Morrisons, are trialling an expansion of a new Refill app to cover hot food, groceries, and cleaning products. The Refill campaign, pioneered by charity City to Sea, already helps connect more than 250,000 people who have downloaded its app with 30,000 refill stations across the UK where they can fill up their reusable bottle, rather than buy bottled water. The expansion to other products is being trialled by more than 70 businesses in Bristol and Oxford. Pret a Manger, Costa Coffee and ASDA are also among the companies. The pilot will last three months and aims to identify whether issues arise around product contamination, health and safety, and the time it takes to serve customers. (Business Green)

The Netherlands will cut its nationwide speed limit to a maximum 100 km per hour (62 mph) as part of a package of emergency measures intended to reduce nitrogen pollution, Prime Minister Mark Rutte has announced. Rutte’s government has been in crisis since a court in May ordered thousands of construction projects to be delayed because the Netherlands has been exceeding European Union limits on nitrogen emissions for years. Airborne nitrogen emissions in the form of nitrogen oxides (NOx) come primarily from cars, trucks and the heavy diesel-powered utility vehicles used in construction. Nitrogen in soil or groundwater is usually in the form of nitrates, found in agricultural fertilisers and sewage, and can cause damaging algal blooms in waterways. Construction work has been halted on some 18,000 highway, airport, wind farm and housing projects. The Dutch research institute EIB has said construction output is set to fall by around 8% by 2021, with 40,000 jobs at risk. (Reuters)

A bioplastic made of organic fish waste that would otherwise end up in landfill – with the potential to replace plastic in food and drink packaging – has landed its UK designer a prestigious international award and £30,000 prize. Lucy Hughes, 24, a graduate in product design from the University of Sussex, scooped the James Dyson award for her biodegradable and compostable material known as MarinaTex. Hughes sought to tackle the problems of environmentally harmful single-use plastics and inefficient waste streams by harnessing fish offcuts to create an eco-friendly plastic alternative. Global figures estimate that 40% of plastic produced for packaging is used once and discarded. The annual award scheme is run by the James Dyson Foundation. It challenges young people to “design something that solves a problem” and is open to students and recent graduates in product design, industrial design and engineering. (The Guardian)