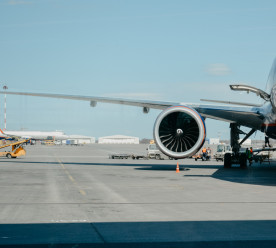 Airlines accused of hypocrisy over ‘fuel-tankering’

A British Airways (BA) whistle blower has revealed an industry-wide practice that deliberately adds weight to flights, increasing greenhouse gas emissions. “Fuel tankering” sees planes filled with extra fuel, usually to avoid paying higher prices for refuelling at their destination airports. BA said it was common to carry extra fuel for “operational, safety and price reasons”. BBC Panorama has discovered the airline’s planes generated an extra 18,000 tonnes of carbon dioxide last year through fuel tankering. Cost savings made on a single flight can be as small as just over £10, though savings can run to hundreds of pounds. Researchers have estimated that one in five of all European flights involve some element of fuel tankering. Critics say the widespread use of the practice undermines the aviation industry’s claims that it is committed to reducing its carbon emissions. John Sauven, environmental activist charity Greenpeace UK’s executive director, told the BBC this was a “classic example of a company putting profit before planet”. (BBC)

Tech giant Apple has issued a new £1.7 billion green bond offering, nearly doubling its total green bond issuance to almost £3.9 billion. Apple’s new green bond will focus on global projects that will lower carbon emissions from Apple’s operation and across the lifecycle of its products. Apple’s previous green bond allocations have contributed to 40 environmental projects, supporting a reduction in its comprehensive carbon footprint by 35 percent in the past three years. Having powered 100 percent of its global facilities across 43 countries with renewable energy, Apple has been targeting uptake of clean energy in the supply chain since 2015. Apple is currently on track to exceed its 2020 ambition of delivering 4 GW of renewable energy into its supply chain, with 44 key suppliers having joined its Supplier Clean Energy Programme since the initiative launched in 2015. Apple’s vice president of environment, policy and social initiatives, Lisa Jackson, said “issuing additional green bonds will accelerate our work to lower carbon emissions across our supply chain and beyond”. (edie)

Betting firms are recruiting specialist staff to lure high-spending “VIP” customers who lose significant sums of money, prompting concerns about the industry’s commitment to promote safer gambling, say experts. One advert for a “VIP executive” to work at Gala Bingo’s online business, states that candidates will be working to increase “overall player lifetime value and the revenue contribution for the VIP player base”. Charles Ritchie, of the charity Gambling with Lives, set up by parents bereaved by gambling related suicides, called out the job advert by stating “the end of a player’s ‘lifetime value’ to the company may well be the end of the player’s lifetime”. However, a spokesperson for parent company, GVC, said the firm was committed to giving customers “the safest possible gambling environment”. Carolyn Harris, chair of The Gambling Commission, has stated an “urgent review of the operation of VIP accounts and the inducements which gambling companies use to entice customers to gamble must be undertaken”. (The Guardian)

On-demand transport platform Bolt has launched an environmental impact fund backed by €10 million of seed capital. The fund’s first project will see over 9,500 trees planted on 5.8 hectares of land in Angus, Scotland. The project aims to boost natural carbon sequestration, increase biodiversity, stop pollutants from entering water courses, and prevent the erosion of topsoil, Bolt said. Beyond the UK, the fund will support initiatives in Africa and South Asia, including a wind farm project in India and M-KOPA, a company in East Africa that produces household solar systems to help families in Kenya, Uganda, and Tanzania switch from high-cost kerosene to affordable renewable power. The fund is part of the company’s wider environmental strategy to reduce its own environmental impacts. It is aiming to add more low emission types of transportation for passengers to choose from and fully offset the emissions from its offices globally in 2020. (Business Green)

Food delivery company Just Eat has partnered with Unilever brand Hellmann’s to trial sauce sachets made of seaweed in an attempt to reduce single-use plastics. As part of the trial, 65 Just Eat restaurant partners are offering a range of Hellmann’s ketchup, BBQ, tartare and garlic sauces served in the seaweed sachets. The sachets are developed by packaging specialist, Notpla, and form part of a wider commitment introduced in March 2018 to combat reliance on single-use plastics. Sachets enable low-income consumers to purchase smaller amounts of a product they otherwise would be unable to afford, but global infrastructure is ill-equipped to handle them, leading to the items seeping into the natural environment at an alarming rate. Unilever’s seaweed trial forms part of a commitment to halve its use of virgin plastic by 2025 by reducing plastic packaging by more than 100,000 tonnes, increasing the amount of recycled plastics it uses and collecting and processing more plastic packaging than it sells. (edie)