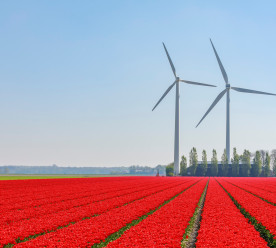 Passive fund assets in the €1.4 trillion Dutch pension fund market are approaching a turning point, as rampant demand for sustainable investments prompts investors to pivot to active management. The Netherlands has been one of the fastest-growing markets for passive funds in recent years. The trend is particularly strong among Dutch pension funds, which began allocating to passive over a decade ago and hold 70 percent of their outsourced equity investments on average in index strategies. But Paris-based consultancy Indefi predicts passive growth in the Dutch institutional market is about to go into reverse for the first time. According to the research, large pension funds are preparing to restructure their portfolios and commit to sustainable investment goals that require a more active strategy. Indefi predicts that a “wave” of pension funds will reduce their exposure to passive assets and build more active, concentrated portfolios centred around impact investing. These investments will either value societal and environmental outcomes as equal to financial returns or will be directly linked to the UN’s sustainable development goals (SDGs). (Financial Times)

‘Ideal diets’ for human and planetary health too costly for some, according to research

At US$2.84 per head per day at least one in five people could not afford science’s ‘ideal diet’ designed to feed 10 billion people without hurting the planet, according to a newly published study. In January, the first scientific targets for both a healthy diet and a sustainable food system was published by The EAT-Lancet report. It recommended people double their intake of nuts, fruit, vegetables and legumes, and eat half as much meat and sugar to prevent millions of early deaths, cut greenhouse gas emissions and preserve land, water and biodiversity. The ‘ideal diet’ – projected to be in place by 2050 – would keep people and planet healthy, said the Lancet. However, researchers from Tufts University said it would cost an average $2.84 per head per day. This amounts to nearly 90 percent of a household’s daily per capita income in poorer countries, pushing the regime beyond reach for nearly 1.6 billion people, mostly in sub-Saharan Africa and South Asia. (Eco-Business)

G20 heads in the wrong direction on climate action

Emissions from energy, industry, transport, buildings and agriculture in G20 nations all rose in 2018, despite the fact that most have both the technical expertise and economic incentives to lower them, a major report has concluded. The findings were published by the Climate Transparency partnership, a coalition of research organisations and NGOs from the majority of the G20 countries.In order to keep global temperature, rise to within 1.5°C – the limit recommended by climate scientists on the Intergovernmental Panel on Climate Change (IPCC) – G20 countries need to cut their current greenhouse gas emissions by at least 45 percent by 2030, compared with 2010 levels, and reach net zero emissions by 2070. Although there are positive signs in some sectors in some countries, if current emission levels persist the remaining carbon budget of 420 gigatonnes of CO2 will be expended in just over nine years. The G20 are responsible for around 80 percent of global emissions and the Green to Brown report is the most comprehensive annual review of their transition to net zero emissions economies. (Eco-Business)

Advances in banking technology are putting vulnerable customers at risk of discrimination, a former City regulator has warned. Mick McAteer, a former board member at the Financial Conduct Authority (FCA), said lenders and insurers were gaining access to tools to more accurately identify “unprofitable” or costly customers, increasing the risk of exclusion for certain sections of society. The issue has gained fresh attention after an algorithm used to set credit limits for the new Apple Card sparked claims of gender discrimination. David Heinemeier Hansson, a tech entrepreneur, said he had been offered 20 times more credit than his wife. The Apple co-founder Steve Wozniak said he and his wife, who share all the same assets, faced similar problems with the Goldman Sachs-run algorithm, which is now under formal investigation by a US regulator. Financial firms already differentiate between customers to some degree, resulting in different rates for products such as credit cards and mortgages, but McAteer warns technology could amplify bias. (The Guardian)

Maple Leaf Foods has announced that it has become the first major food company in the world to be carbon neutral. As a leading North American producer of meat and plant proteins, Maple Leaf’s path to carbon neutrality is predicated on aggressively reducing emissions by meeting the gold standard of widely respected Science Based Targets, which align global greenhouse gas emission reductions with the goals of the Paris Agreement on Climate Change. In doing so, the company becomes one of just three animal protein companies in the world to set Science Based Targets, approved by the international Science Based Target Initiative. As part of becoming carbon neutral, Maple Leaf is offsetting emissions through independently verified environmental projects throughout Canada and the United States. Since 2015, Maple Leaf Foods has reduced over 86 million kilowatt hours of electricity – equal to 12,912 passenger vehicles driven for one year — and over 4.3 million m3 of natural gas, which equals annual energy usage for 1,000 homes. (Cision)