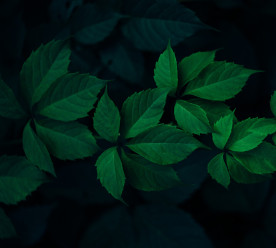 Strong growth in green bond issuance in the third quarter could see the market top $250 billion for 2019, according to ratings agency Moody’s. Issuance for the first nine months of 2019 was 67 percent higher than during the same period of 2018 and eclipsed full-year 2018 issuance of $171 billion, according to the update. Green bonds accounted for 3.7 percent of total global bond issuance in the third quarter, and far outpaced the segment’s overall growth of 2.5 percent. Corporates were again the strongest contributors to overall issuance in the third quarter, continuing a trend observed in the first and second quarters, Moody’s said. Most green bonds were issued in Europe, North America and Asia-Pacific. Latin American issuers accounted for three per cent of the total, and African just one per cent. However, Moody’s expects the market to grow in Africa, following the first green bond from Kenya coming to market in September. Moody’s also predicts investments in climate adaptation and resilience projects to increase. (Business Green)

Tech giant, Google, has launched a new “accelerator” programme for start-ups, aimed at supporting new firms striving to drive progress against one or more of the UN’s Sustainable Development Goals (SDGs). It will choose start-ups to support based solely on their past work or their potential to drive progress towards the 169 targets listed under the SDG framework, selecting eight to ten start-ups within the coming weeks. Each start-up will receive mentoring from Google staff and access to 1:1 support from Google’s engineers. Google has also said it will pay for the start-ups to access local mentors and external experts in each start-up’s respective field. Google’s chief sustainability officer Kate Brandt said “technology can help address some of the world’s biggest challenges, from empowering others to use Artificial Intelligence (AI) to address social challenges, to setting ambitious and long-term environmental sustainability goals” and noted that real progress can be made when we come together. (edie)

BHP, the world’s biggest mining group, has been hit by a shareholder revolt over its membership of lobby groups that promote policies at odds with the goals of the Paris climate accord. In total, 27 percent of votes cast at the company’s annual meetings were in favour of a resolution to cut ties with groups such as the Minerals Council of Australia (MCA) that have lobbied for the fossil fuel industry. However, only half of the shareholders voting in favour of the motion backed another resolution to amend the group’s constitution, which would have allowed investors to file advisory resolutions for consideration. BHP has won plaudits from shareholders for its stance on global warming, with a longstanding goal of achieving net-zero emissions by 2050, but its membership of bodies such as the MCA has caused concern. BHP has resisted calls to leave Australian lobby groups, saying they play a key role in “advancing the development of standards, best practice and constructive policy”. (Financial Times*)

Electric commercial vehicle pioneer Tevva has unveiled its ‘Electrify’ initiative, aiming to drive the electrification of medium duty HGVs through the deployment of up to 50 electric trucks. Tevva has developed a package of EV technologies tailored for HGV vehicles, including battery packs, fleet management systems, and advanced cloud-based software to autonomously control vehicles to switch to zero emissions mode to optimise efficiency and minimise air pollution in built up areas. However, alternative approaches to HGV decarbonisation are also gathering ground, as CNG Fuels has also announced plans to become the UK’s first supplier of carbon neutral fuel for HGVs using manure as the power source. Converting manure into an HGV fuel prevents it from entering the atmosphere, reducing overall emissions and allowing the EU to recognise it as a carbon negative fuel. The moves represent a boost for CNG’s customers, which include household names such as John Lewis, Asda, Argos, and delivery service Hermes. (Business Green)

UK reneges on green pledges in guidance to regulators

British Chancellor Sajid Javid, has reneged on a government commitment to include climate change targets in official guidance to the UK’s financial regulators. Javid failed to mention key green pledges in the official letters sent earlier this week to the Bank of England and Financial Conduct Authority. The formal process between the Treasury and financial regulators is used by ministers to lay out what the watchdogs should consider when formulating policy. The failure to address the environment goes against a pledge made in the government’s Green Finance strategy in July. The UK earlier this year became the first G20 economy to legislate for a net zero 2050 target. The Treasury, the BoE and the FCA declined to comment and environmental campaigners reacted with dismay to the omissions. Ben Nelmes, head of public policy at the UK Sustainable Investment and Finance Association said “it is surprising and disappointing to see that the government has apparently dropped this commitment” and called on the chancellor to not be distracted by the early election. (Financial Times*)