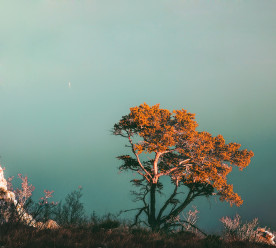 More ambitious carbon pricing, tighter regulations, and fees on carbon-intensive activities should be introduced globally to tackle climate change, the International Monetary Fund (IMF) has said. The new fiscal monitor report warned the window of opportunity for lowering emissions to safe levels was rapidly closing, and the longer that policy action is delayed, the higher the cost of stabilising global temperatures will become. The report argues that carbon taxes represent the “single most powerful way” to tackle the climate crisis, since they allow businesses and households to find the lowest-cost ways of reducing energy use and shifting towards cleaner alternatives. A global carbon tax should be implemented immediately, the IMF suggested, and should rise rapidly to $75 a tonne of CO2 by 2030. This would increase electricity prices by 45 percent cumulatively, and gas prices by 15 percent. Advising that the revenue from such a tax, could be redistributed to low-income households and support disproportionately affected workers or communities, such as those in coal mining areas, it said. (Business Green)

Italian gas and electricity giant Enel has placed its first ‘general purpose’ sustainability bond on the European market, with a multi-tranche issue of €2.5 billion targeted specifically at boosting clean, affordable energy, and climate action. The bond is linked to two of the UN’s Sustainable Development Goals (SDG): SDG7 on ensuring clean and affordable energy for all, and SDG13 on taking urgent action to combat climate change. Under the terms of the bond, Enel is aiming to ensure 55 percent of its electricity generation capacity comes from renewables by the end of 2021, with the figure currently at just under 46 percent. Moreover, the bond is linked to the firm’s Science-Based Target to cut its greenhouse gas emissions by 70 percent by 2030 compared to 2017. Enel CFO Alberto De Paoli said the strong demand for the bond issued confirmed investor appetite for the company’s sustainability strategy and reflected the firm’s push towards increasingly sustainable finance. (Business Green)

Food and agribusiness Cargill has launched a collaborative partnership with shipping firm Maersk Tankers and logistics firm Mitsui & Co to trial and develop fuel-saving technologies aimed at lowering emissions in the shipping sector. The three companies have agreed to explore new technological solutions to decarbonise shipping vessels, predominantly through fuel-saving techniques. In the short term, the partnership will trial existing technologies on their ships. Cargill will use the 650-strong fleet of its Ocean Transportation arm to trial the technology, alongside product tankers provided by Maersk. Mitsui & Co has been will install and run the technology as part of any vessel construction process. Cargill’s global head of assets and structure said “together three of the largest players in their respective maritime market segments to actively make shipping more sustainable”. According to a report by the European Parliament, the international shipping industry is currently responsible for about 2.5 percent of global CO2 emissions. (edie)

Fourteen cities announced that they would pay attention to the sustainable and healthy food supply in their cities in the future in attempt to save 60 percent of the carbon emissions in the food sector. The mayors have decided to produce more locally and regionally, minimise plastic packaging and halve food waste by 2030 compared to 2015 waste levels. If current production and eating habits do not change, emissions from food production could increase by 40 percent by 2050. To reduce carbon emissions in their respective cities, the fourteen mayors have also decided that the food supply from public bodies should contain fewer animal products. No more than 16 kg of meat and less than 90 kg of dairy products per capita are regarded as the annual limit for sustainable nutrition. Besides its impact on the environment, healthy nutrition is also important since 30% of diseases and two-fifths of all deaths worldwide are due to unhealthy nutrition and lack of exercise, according to the European Observatory on Health Systems and Policies. (edie)

Prescribing contact with nature to people with poor mental health could save nearly £7 for every £1 invested in projects, new research has found. People experiencing problems, such as anxiety, stress and depression, reported feeling significantly better, both emotionally and physically, after taking part in outdoor nature conservation projects, according to research by Leeds Beckett University. It also calculated there is an £8.50 social return for every £1 invested in regular nature volunteering projects, which help create healthy lifestyles by tackling problems such as physical inactivity or loneliness. The study found 95 percent of people who started out with low mental well-being improved in six weeks after working in nature for five to six hours each week. The report has led to calls for more investment so that nature-based services can become more widespread. Dr Amir Khan, a GP and health ambassador for The Wildlife Trusts said, “If more people could access nature programmes, we would see a knock-on effect in our GP surgeries, with fewer people with preventable illness”. (Independent)