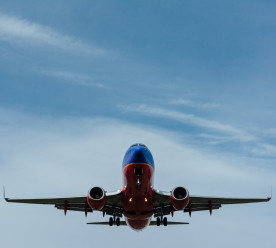 The U.S. Commerce Department said on Monday it was putting 28 Chinese public security bureaus and companies, including video surveillance company Hikvision, on a US trade blacklist over Beijing’s treatment of Muslim ethnic minorities. The department filing referenced “human rights violations and abuses in the implementation of China’s campaign of repression, mass arbitrary detention, and high-technology surveillance” against members of Muslim minority groups. Being added to the “Entity List” bars companies or other entities from buying parts and components from US companies without U.S. government approval. China faces growing condemnation from Western capitals and rights groups for setting up facilities that UN experts describe as “mass detention centres” holding more than one million ethnic Uighurs and other Muslims. The Commerce Department previously added Huawei Technologies Co and more than 100 affiliates to the Entity List, with Huawei repeatedly denying it is controlled by the Chinese government, military or intelligence services and has filed a lawsuit against the U.S. government’s restrictions. (The Guardian)

Dutch airline KLM and tech giant Microsoft have partnered to develop a ‘blueprint’ outlining how the aviation sector can decarbonise in line with the Paris Agreement. The agreement includes plans to increase KLM’s purchasing of alternative fuels for aircraft, including bio-based Sustainable Aviation Fuel (SAF). Microsoft will purchase an amount of SAF equivalent to all flights taken by its employees between the U.S. and the Netherlands through KLM’s Corporate BioFuel scheme. According to KLM, SAF could result in an 80% reduction of life-cycle carbon emissions is used at scale and is aiming to open its own SAF plant. The airline’s partnership with Microsoft has been forged within a “real window of opportunity to accelerate the development of sustainable air travel”. The announcement follows a flurry of media attention around climate change and aviation. Previously KLM lanched a communications campaign, ‘Fly Responsibly’, which urges passengers to consider whether they could take the train or use video conferencing instead of flying. (edie)

British-based packaging company DS Smith is hoping to make a “significant dent” in the billions of disposable cups used in the Benelux region – Belgium, Netherlands and Luxemburg – every year that end up in landfill. The decision aims to take DS Smith’s recycling system used on UK coffee cups over to the continent. DS Smith announced that its De Hoop Mill in the Netherlands will be the first of its European plants to feature its coffee cup recycling technology. Only a fraction of coffee cups are recycled, a result of their thin lining of plastic to keep them watertight, which means only specialist facilities can process them for recycling. A spokesperson for the company could not confirm how many of those cups the De Hoop Mill would be able to recycle but stressed it would make a “significant dent” in recycling rates if enough cups are collected and sent to the facility, stating the “biggest challenge is getting hold of the cups”. (Business Green)

Luxury brand Burberry has signed a partnership to sell its second-hand products through consignment marketplace The RealReal in the U.S. Under the partnership, customers will be able to sell their used garments and accessories back at selected Burberry stores. Once the items are received, any necessary repairs or restorative work will be completed before they are put up for resale. Customers will be able to buy the “pre-loved” items through The RealReal’s online platform or through Burberry’s personal shopping service at stores taking part in the pilot. The partnership comes after The RealReal’s annual report found that resale demand for Burberry brand items through its platform has increased 64% year-on-year in 2019. Most searches through its site and app are made by Millennial and Gen Z shoppers. For the trial, the British brand and The RealReal will make a joint donation to NGO Materials for the Arts, which educates students and the general public around “creative” reuse. (edie)

The U.S. Supreme Court has entered a major LGBT rights dispute over a landmark decades-old federal anti-discrimination law that prohibits employment discrimination on the basis of sex covers gay and transgender workers. The legal fight focuses on the definition of “sex” in Title VII which forbids employer discrimination on the basis of sex, race, colour, national origin and religion. The plaintiffs, along with civil rights groups and many large companies, have argued that discriminating against gay and transgender workers is inherently based on their sex and consequently is illegal. The justices are set to hear two hours of arguments in three related cases, with LGBT rights activists planning demonstrations outside the courthouse. The Supreme Court delivered an important gay rights decision in 2015 legalizing same-sex marriage nationwide. Its dynamics on LGBT issues, however, changed following the 2018 retirement of Justice Anthony Kennedy, a conservative who backed gay rights in major cases and wrote the same-sex marriage ruling. (Reuters)

Image Source: blue and red airplane on sky by Gary Lopater on Unsplash.