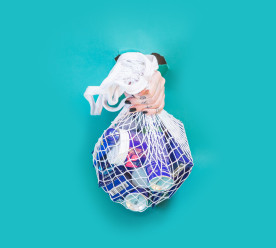 Unilever to cut plastic use to appeal to Gen Z

Global consumer goods giant, Unilever, which owns brands such as Surf and PG Tips, says it plans to halve the amount of new plastic it uses in a bid to appeal to younger shoppers. The firm is responsible for producing 700,000 tonnes of new plastic a year. Unilever plans to heavily reduce that figure over the next five years by using more recycled plastic and finding alternative materials. Similar announcements have been made recently by several companies such as Procter & Gamble, Nestle and Coca Cola. CEO Alan Jope said Unilever was trying to remain relevant to younger consumers who worry about plastic use. He said there was “no paradox” between sustainable business and better financial performance. Nevertheless, he added that plastic is a “terrific material” and that many of the alternatives are worse, saying: “A hysterical move to glass may be trendy but it would have a dreadful impact on the carbon footprint of packaging.” (BBC)

Barely a dozen proposals on environmental issues put forward by shareholders reached a vote across 1,500 of the largest US companies, raising questions about institutional investors’ determination to push for meaningful corporate action on climate change. The number of shareholder-backed environmental proposals at companies in the S&P 1500 index dropped to just 13 in the year ended June 30, down more than half from the 29 in the previous 12 months, according to Georgeson, a shareholder engagement and governance consultancy. The sharp decline could be a result of more negotiations on how to meet environmental challenges between companies and shareholders. More than 100 companies have started to report financially material environmental and social issues, including climate change, based on guidelines developed by the Sustainability Accounting Standards Board. But the Securities and Exchange Commission (SEC) adopted a new stance in 2018 and began dismissing some environmental proposals as impermissible attempts by shareholders to intervene in company affairs. Danielle Fugere, president and chief counsel at As You Sow, a shareholder campaign group, said the SEC’s shift had made the process of challenging companies more difficult. (Financial Times)*

Norway’s largest pension fund KLP, which manages more than $81 billion of assets, is divesting from oil sands in a move designed to reduce its exposure to companies betting against the delivery of a world where warming is kept below 2oC in alignment with the Paris Agreement. KLP said it would be divesting from five companies: Cenovus Energy, Suncor Energy, Imperial Oil, Husky Energy, and Tatneft PAO. It said the divestment represented a shift in capital of 5 million NOK (US$33 million) plus 229 million NOK in bonds (US$25 million). Any firms deriving more than five per cent of their revenue from oil sands-based companies will be excluded from its portfolio going forward, KLP added. Oil sands, often known as tar sands, extract oil that is particularly heavy and polluting compared to other crude oil sources. Extracting tar sands is an energy intensive process, which also requires a lot of water, and as such the process is fiercely opposed by climate campaigners. (Business Green)

Libra: PayPal first to drop out of Facebook cryptocurrency

Payments firm PayPal has become the first company to pull out of an alliance that is trying to launch Facebook‘s digital currency Libra. PayPal made the announcement in a statement on Friday but did not specify what had prompted the decision. The cryptocurrency has been criticised by regulators, and both France and Germany have pledged to block it from Europe. PayPal said it “[remained] supportive of Libra’s aspirations” but had chosen to focus on its own core businesses. The firm was one of the original members of the Libra Association, a group of 28 companies and non-profits helping to develop Libra. Its other members include payments company Visa, ride-hailing app Uber and humanitarian charity Mercy Corps. The announcement of this feature has raised concerns about how people’s money and data will be protected, as well as over the potential volatility of the currency. The G7 warned in July that it would not let Libra proceed until all regulatory concerns had been addressed. (BBC)

Twenty of the UK’s leading universities have struck a £50 million deal to buy renewable energy directly from British windfarms for the first time. The collaborative clean energy deal will supply electricity from wind farms across Scotland and Wales to universities including Newcastle University, University of Exeter and Aberystwyth University. The landmark deal, known as a “power purchase agreement” or PPA, is the first time that public sector energy users have clubbed together to buy clean electricity. The PPA was arranged by deal brokers at The Energy Consortium and Squeaky Clean Energy to fix the price of renewable electricity from a portfolio British windfarms for the next 10 years. The universities will be guaranteed clean energy by the windfarm owner, Norwegian energy giant Statkraft, which will issue certificates matching the output of the windfarms. (The Guardian)