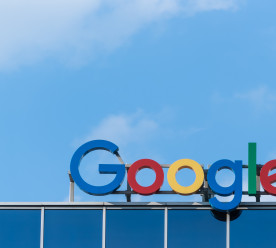 Tech giant Google will not have to apply Europe’s “right to be forgotten” law globally, the Court of Justice of the European Union ruled in a landmark case that has pitted personal privacy rights against freedom of speech. The victory means that while it must remove links to sensitive personal data from its internet search results in Europe, it does not have to scrap them from searches elsewhere in the world. In its judgment, the court stated the right to have personal data protected was not an absolute right. The “right to be forgotten” was introduced in 2014 when it ruled that people could ask search engines like Google to remove inadequate or irrelevant information from web results appearing under searches for their names. UK rights group Article 19, which campaigns for freedom of speech and information, applauded the results saying, “courts or data regulators should not be able to determine the search results that internet users see” in other countries. (Reuters)

German prosecutors have charged car manufacturer Volkswagen’s (VW) chief executive, chairman and former chief executive with market manipulation for allegedly withholding information from shareholders about the carmaker’s emissions cheating scandal. A 636-page indictment accuses them of being aware of the presence of defect devices in VW vehicles for months before the scandal was uncovered and for not complying with their legal duty to inform capital markets. VW’s board member for integrity and legal affairs said the company had “meticulously investigated this matter with the help of internal and external legal experts for almost four years” and added that the allegations were “groundless”. In similar news, fellow German automotive corporation Daimler agreed to pay an €870 million fine over allegations that almost 700,000 of its diesel vehicles failed to comply with emissions regulations. Daimler stated that it is time to end “the administrative offence proceeding in a timely and comprehensive manner”, although the Mercedes-Benz maker continues to challenge the German Federal Motor Transport Authority’s justification for recalling the cars affected. (Financial Times*; Reuters)

If the UK is to meet its 2050 net-zero target, Ministers must develop time-bound, numerical targets for decarbonising international aviation and shipping (IAS), according to a letter from the Committee on Climate Change (CCC). The letter, sent by CCC chairmen Lord Deben, states that the policy framework should set longer-term targets than those currently detailed in the International Civil Aviation Organisation’s (ICAO) current carbon policy, which expires in 2035. It also recommends the strategy should include measures to continually support the development of innovations to decarbonise the sector, such as electric planes and alternative fuels, alongside measures to limit airport expansions and the growth of demand for international flights to and from the UK. London airport Heathrow’s chief executive welcomed the “recommendations to include aviation in net-zero emissions targets and the call on Government to introduce policies”. IAS stood outside of the remit of the UK’s original Climate Change Act (2008) targets but were added to its updated 2050 target earlier this year after green campaigners accused the Government of “creative carbon accounting”. (edie)

Global efforts to drive down plastic waste have received a major boost, with Australian philanthropic body the Minderoo Foundation pledging $300 million towards a new industry-focused initiative to “keep plastics in the economy and out of the environment”. According to Minderoo, the ‘Sea the Future’ initiative is projected to raise over $20 billion annually for global recycling, collection, and “environmental remediation” measures by making recycled plastics a cheaper alternative to virgin materials. Founder and chairman of Minderoo, Andrew Forrest, stated the aim is to drive greater demand for plastic waste and in doing so turn it into a “cashable commodity”. This, according to Forrest, would improve waste collection efforts and alleviate poverty through better paid, more dignified work for people working in plastics recycling, particularly in South East Asia. Independent audit and certification of the new voluntary payments system will be key to the success of the initiative in order to ensure a transparent market for recycled plastics, Minderoo acknowledged. (Business Green)

IT company, Hewlett-Packard (HP) is set to invest $11 million in forest restoration, protection and management schemes over the next five years, as part of its overarching ambition to ensure that every page printed using an HP printer is “forest positive”. Established through a new partnership with environmental NGO, WWF, the scheme is set to benefit 200,000 acres of forest across Brazil and China and support WWF’s efforts in developing science-based targets for forestry and nature. Science-based targets currently only exist for the reduction of greenhouse gas emissions from business operations and value chains, but research has demonstrated the need to include the restoration of natural habitats in minimising the global average temperature increase. The move from HP comes as an extension to its 2020 goal to ensure that pages printed using HP printers aren’t contributing to deforestation. HP is urging its suppliers to achieve Forest Stewardship Council (FSC) certification and will be running internal and external communications aimed at increasing awareness. (edie)