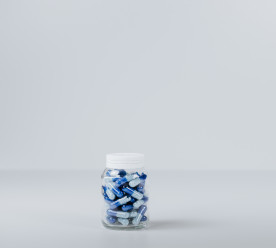 Top French pharmaceutical company, Servier Laboratories, and a drugs watchdog have started their trial in one of France’s largest-ever health scandals. The ‘Mediator trial’, named for a diabetes drug linked to at least 500 deaths, will seek to answer how the drug was allowed to remain on the market in France for 33 years despite it being subject to safety alerts as early as the mid-1990s. The drug was available in France until 2009, long after it was pulled from pharmacists’ shelves in the United States, Spain and Italy. Investigating magistrates believe Servier “knowingly hid” properties of the appetite suppressing drug and deliberately “concealed its harmful side-effects”. However, Servier has maintained it “did not identify the risk” before 2009. Charges brought against the firm and nine of its subsidiaries include manslaughter, aggravated fraud, and defrauding social security and private health insurance schemes over the widely prescribed pill. Industry regulator ANSM is also accused of involuntary homicide and injury by negligence for allegedly acting too slowly to ban Mediator. (France 24)

More than four fifths of the world’s largest companies are unlikely to meet the targets set out in the Paris Agreement by 2050, according to fresh analysis of their climate disclosures. The study, conducted by investment data provider Arabesque, found that of 3,000 publicly listed companies evaluated, just 18 percent have disclosed plans that are aligned with goals to limit rising temperatures to 1.5C of pre-industrialised levels by the middle of the century. The analysts also found that more than a third of the world’s top 200 companies still do not disclose their greenhouse gas emissions, despite rising concern that urgent action is needed to avert dangerous levels of global heating. The findings come as more companies are coming forward to commit to targets aligned with the Paris Agreement. Last week, L’Oreal, French cosmetics company, and Nestle, Swiss multinational food and drink conglomerate, are among a coalition of 87 corporates to have committed to set science-based emissions reductions targets in line with the Paris Agreement’s more ambitious 1.5C trajectory. (The Guardian, edie)

UK firms save £85m-worth of food from going to waste, WRAP finds

Over 100 companies, including supermarket giant Tesco and restaurant chain Nando’s, have collectively prevented an estimated £85 million worth of food from going to waste over the past year, charities WRAP and IGD have calculated. The two charities spearheaded the launch of the ‘Food Waste Reduction Roadmap’ last September, with an aim to have half the UK’s largest food businesses food waste within the first year of the initiative through measuring, reporting, and acting. Those reporting their food waste figures through the initiative on average achieved a seven per cent cut in food waste over the past year, saving a combined 53,000 tonnes of food valued at over £85 million, according to a progress report. WRAP CEO Marcus Gover said he was “delighted at the huge progress” seen during the first year of the Roadmap, but acknowledged there is much more to do to have “all major food business implementing Target, Measure and Act by the end of 2026”. (Business Green)

More than 165 suspected victims of modern slavery from Bulgaria have been discovered working for French winemakers following a crackdown on an organised crime network, Europol has said. French officials arrested four suspects last week – three from Bulgaria, one from France – after identifying about 167 potential slaves employed by four winegrowing companies near the eastern city of Lyon, according to Europe’s policing agency. The workers were recruited by a legitimate employment agency in Bulgaria, told they would receive €60 per day, and have their transport and housing expenses covered, Europol said. The workers were made to live on a campsite, had money deducted from their wages for meals, and were denied the full sums they had been promised when their contracts ended – leaving many unable to afford the return trip to Bulgaria. The criminal network laundered the proceeds through properties in France, according to Europol, which connects at least 1,000 law enforcement agencies from about 40 countries. (Thomas Reuters Foundation)

This week Ingka Group, the largest retailer within Ikea’s franchise system, has revealed that it has invested a total of almost €2.5 billion in onsite and offsite wind and solar power to date, as Ikea strives to meet its overarching 2030 goal of becoming ‘climate positive’. The most recent of these investments was €151 million for an 80 percent stake in turbine maker Vestas’ wind portfolio in Romania, comprising seven industrial-sized wind farms. The Group’s installed renewable energy capacity now stands at more than 1.7GW, comprising 534 wind turbines in 14 countries and 920,000 onsite solar modules. In similar news, this week Google has made what it claims is the biggest corporate purchase of renewable energy in human history. The purchase package consists of 18 energy deals which, collectively, will increase Google’s global clean energy portfolio by 40%. Among the deals are agreements to purchase energy from 720 MW of solar farms across the US and 793 MW of solar and wind farms across mainland Europe. (edie)

Image Source: blue and white tablet in container by Paweł Czerwiński on Unsplash.