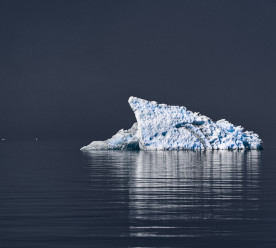 Financial markets risk major disruptions by relying on business-as-usual forecasts that underestimate the impact of climate-change policies that are expected to abruptly tighten next decade, a leading group of investors has warned. The report by the U.N.-backed Principles of Responsible Investing (PRI), representing investors with $86 trillion of assets under management, joins a growing chorus of warnings that forecasts and investments by oil and gas companies are out of sync with the pace needed to meet energy transition targets. Scientists view a rise of more than 1.5°C in global average temperatures as a tipping point where climate impacts such as sea-level rise, natural disasters, forced migration, failed harvests and deadly heatwaves will rapidly start to intensify. PRI released a new forecast which it said “aims to fundamentally reset investors’ forward-looking risk management, strategic asset allocation and company engagement”. The study, branded the Inevitable Policy Response (IPR), predicts “an abrupt and disruptive” government policy response by 2025 in attempt to keep climate change to under the 1.5°C threshold. (Reuters)

Business leaders from across industries drew attention to and demanded action on the lack of refugee inclusion in the Sustainable Development Goals (SDGs), threatening their success. In an event convened by the NGO and International Rescue Committee (IRC) on behalf of the Business Refugee Action Network (BRAN), business leaders came together to show their ongoing commitment to improving the lives of refugees. The event coincides with the release of a report by the IRC, which found the SDGs are failing to include refugees and as a result, will not be achieved for all by 2030. Companies from across the private sector, including Microsoft, Citi, and Unilever, as well as philanthropic organizations such as the IKEA Foundation, emphasised their support for refugees, spanning from hiring to investment and funding for humanitarian response and livelihoods. Business also called on governments to join them in solving the global refugee crisis, which is likely to escalate as global conflicts emerge and the climate crisis displaces more people. (Press release – Rescue)

A cohort of some of the world’s biggest companies have joined forces to promote business action on the Sustainable Development Goals, as the start of the 10-year countdown to their delivery looms in 2020. The ‘Business Avengers’ group has been set up by Project Everyone, the SDG-focused communications venture from filmmaker Richard Curtis. It counts multinationals Mastercard, Nike, Unilever, Google, and Coca-Cola among its 17-strong cohort, and aims to persuade other firms that taking action to meet the SDGs will boost their bottom line as well as their sustainability credentials. Under the ‘Business Avengers’ group, each of the 17 Business Avenger firms will promote business action on one of the 17 SDGs. Curtis has said “we’ve made some progress but nowhere near enough to deliver on the promises made by all nations in 2015”. A UN progress report in June concluded not a single country is on track to meet the stretching targets. (Business Green)

Barbie toymaker, Mattel, has launched a range of gender-neutral dolls which can be styled as either girls or boys, saying children are moving away from traditional stereotypes. The “Creatable World” dolls come with removable wigs allowing them to switch between long and short hair, as well as outfits including both dresses and trousers. The firm has said that the dolls offer “inclusive” play for all. This follows from parents and feminist campaigners who argue the gendered marketing of children’s toys and clothes limits girls’ ambitions and reinforces gender stereotypes from a child’s earliest years. The move was hailed as a step forward by Let Toys Be Toys, which campaigns for gender-neutral toys, who said that children learn about the world through play and stereotyped marketing could have far-reaching consequences. Previously, the company launched dolls with different skin tones, adding plus-sized and hijab-wearing models and inspiring women, including U.S. civil rights leader Rosa Parks and astronaut Sally Ride. (Thomson Reuters Foundation)

Focusing on decarbonising the energy sector alone will not put the world within touching distance of a net-zero carbon economy, according to a new report from the Ellen MacArthur Foundation which claims that the transition to a circular economy is also vital. The study found that moving to renewables across the globe will only address 55 percent of greenhouse gas emissions, the remaining 45 percent requires transitioning to close-loop value chains, diet shift, emerging innovations and carbon capture and storage. The report examined the role of the circular economy in tackling overlooked emissions, namely in the production of steel, plastic, aluminium, cement and food. It found keeping products and materials in use can reduce emissions per sector by up to 40 percent. In the food system, regenerative farming and designing out waste can reduce emissions as part of a circular economy by 49 percent. adopting a circular economy framework across those production areas could achieve emissions reductions of 9.3 billion tonnes – equivalent to eliminating current emissions from all forms of transport globally. (edie)