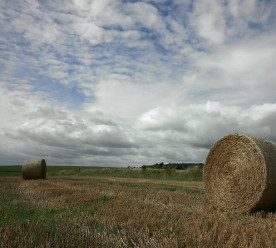 Ride-hailing giant Uber will factor in whether it meets specific diversity targets when it calculates bonuses for its chief executive and other top officials in attempt to increase the number of women and under-represented people in managerial roles. The company declined to say how much of bonuses are contingent on reaching the diversity goals, but a spokesman said it was a “significant” portion. The diversity-related bonus policy was put into place this year. It calls for Uber to increase the number of women in managerial roles and above to 35 per cent by 2022 and to raise the percentage of under-represented employees at mid-level and above to 14 per cent in the same timeframe. Tying executive pay to diversity and inclusion metrics was one of the recommendations of report Uber commissioned from Eric Holder, a former US attorney-general, following a run of scandals in 2017. Advocates have lobbied other tech companies to adopt such policies. (Financial Times*)

Amazon warehouse workers around the world went on strike yesterday to demand fairer working conditions during the tech giant’s ‘Prime Day’ sales promotion. Prime Day offers Amazon subscribers discounts and sales deals, alongside the company’s accelerated delivery service which offers same-day shipping. However, this has left staff complaining that the company’s aim to ship more goods in less time is pushing them beyond their physical limits. Stuart Appelaum, the president for UNI Global Union, a union co-ordinating Amazon workers and their unions, said: “Operating at these speeds for this duration means Amazon needs to hire more workers, under more sustainable speeds that don’t put workers’ lives in jeopardy. Instead, we are seeing a callous indifference to worker safety.” (Sky News)

The RSA Food, Farming and Countryside Commission has stated that the true cost of cheap, unhealthy food is a spiralling public health crisis and environmental destruction. The claim comes in a new report, Our Future in the Land, which also argues the UK food and farming system must be radically transformed to become sustainable within 10 years. The commission concluded that farmers must be enabled to shift from intensive farming to more organic and wildlife friendly production, raising livestock on grass and growing more nuts and pulses. The commission said most farmers thought they could make big changes in five to 10 years if they got the right backing. “Farmers are extraordinarily adaptable,” said Sue Pritchard, director of the RSA commission and an organic farmer in Wales. “We have to live with change every single day of our lives. (The Guardian)

The Queensland Government of Australia is prosecuting mining giant Adani for allegedly providing false and misleading information to the Environment Department over land clearing at the site of its proposed Carmichael mine. Australian broadcaster ABC has revealed the charge under the Environmental Protection Act carries a fine that runs into the hundreds of thousands of dollars. “The prosecution relates to information contained in Adani’s 2017/2018 annual return for its Carmichael mine,” the department said in a statement, with areas that were disturbed during the final three-and-a-half weeks of the annual return period not having been included in the return. A statement from Adani states that: “We have been notified that the prosecution will proceed despite the fact all relevant works were legal and fully complied with our project conditions, and despite there being no environmental harm.” (ABC – Australia)

Climate protest group Extinction Rebellion has targeted London’s largest concrete factory. A group of 50 activists have blocked the entrance to London Concrete in Bow, warning that they will disrupt the area for the day. They are protesting outside the east London site due to their concerns over the factory supplying concrete for a major road tunnel project under the River Thames. The development follows months of protests organised by Extinction Rebellion taking place outside the Houses of Parliament and the Bank of England, and in central locations in London, such as Oxford Street. Eleanor McAree, from Extinction Rebellion, said the new protest staged outside London Concrete was due to the concern that their product has a “huge environmental impact and building another tunnel will only make air pollution across East London worse”. (City AM)