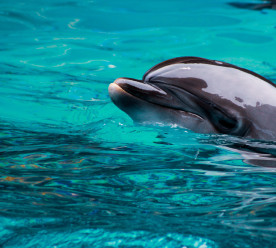 A $500m exchange-traded fund run by investment management company Vanguard that claims to “specifically exclude” fossil fuel stocks has been found to be investing in a host of companies in the oil and gas industry. According to its website, Vanguard’s Environment Social and Governance (ESG) US Stock “specifically excludes stocks of companies in the following industries: adult entertainment, alcohol and tobacco, weapons, fossil fuels, gambling, and nuclear power”. But as of May 31, 1.4 per cent of the fund’s assets were invested in oil and gas companies. The discrepancy highlights the pitfalls of the rapidly growing sector of socially and environmentally conscious investment, where investors are putting money into funds that may not be buying assets that they expect. Hester Peirce, a commissioner at the US Securities and Exchange Commission, said: “I feel investors are getting misled”, referring to false claims about socially and environmentally focused products. (Financial Times*)

Entertainment platform Netflix is removing a controversial scene depicting a youth suicide from its popular young adult drama “13 Reasons Why”, following advice from medical experts. The show, based on a book of the same name, makes a graphic depiction of the protagonist’s suicide. The scene has drawn criticism from groups including the Parents Television Council (PTC), which claims the show glorifies teen suicide. Netflix said on Twitter that on the advice of medical experts it had “decided with the creator Brian Yorkey and the producers of 13 Reasons Why to edit the scene.” The decision drew praise from a number of agencies including the PTC, the American Association of Suicidology and the American Foundation for Suicide Prevention and the Samaritans.  The PTC said “Netflix has finally acknowledged the harmful impact that explicit content, such as the graphic suicide scene in 13 Reasons Why, is capable of inflicting on children.” (Reuters)

Australia’s “restrictive” migration policies may be driving modern forms of slavery, a new report has warned. The report by the Minderoo Foundation, entitled ‘Measurement Action Freedom’, did not detail how Australia’s border policy was driving modern slavery specifically, but it said more broadly that harsh migration schemes in add risk to migrants who could be exploited for their labour, and reducing their ability to complain or seek help. The report also suggests that Australia should establish an independent commissioner focused on modern slavery, “to act as an oversight body focusing on the government’s domestic response”. The Australian government introduced a tough new regime designed to stamp out modern slavery late last year, which compelled corporations to do more to end the use of forced or child labour. The laws require large businesses operating in Australia to regularly report on the risks of modern slavery in their supply chains, both domestically and internationally, and outline what they are doing to combat it. (The Guardian)

Travel provider Virgin Holidays says it has stopped selling tickets to captive whale and dolphin experiences such as SeaWorld. The firm said it had removed the last five such attractions it promoted, which accounted for more than 20,000 tickets sold last year. In a blog, Virgin boss Richard Branson said the firm would now only “work with suppliers that don’t take sea cetaceans from the wild”. Virgin’s competitor in the travel space, Thomas Cook, made a similar move a year ago amid concerns about animal welfare. Animal rights activists say keeping cetaceans in captivity restricts their movement and can lead to aggressive behaviour, illness and even death. Virgin said it had been working towards its goal since 2014 when it sold tickets to about 20 captive whale and dolphin experiences. (BBC)

Amazon in EU crosshairs over use of sales data

Amazon faces a full-blown European Union antitrust probe as the bloc prepares further crackdowns on US technology giants. The EU’s competition chief, Margrethe Vestager, is poised to open a formal investigation into Amazon within days. Vestager has hinted for months that she wanted to escalate a preliminary inquiry into how Amazon may be unfairly using sales data to undercut smaller shops on its Marketplace platform. By ramping up the probe, officials can start to build a case that could ultimately lead to fines or an order to change the way the Seattle-based company operates. Vestager has already slapped Google with record fines and ordered Apple to repay billions of euros in back taxes. By taking on Amazon’s Chief Executive Officer Jeff Bezos, Vestager is keeping up the pressure on big tech right to the very end of her mandate, due to expire in October. (Bloomberg)