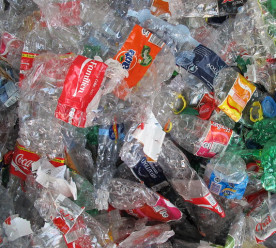 Money market funds that incorporate environmental, social and governance (ESG) metrics are growing rapidly, with an increase of activity by big asset managers such as State Street Global Advisors (SSGA), BlackRock and DWS. Assets in the sector rose 15 percent to $52 billion during the first half of 2019, after growing 1 percent through all of 2018, according to research from Fitch Ratings. This pool of assets is still very small compared with the total $6 trillion money market sector. However, the Fitch Ratings believes this expansion is striking and that financiers are predicting further rapid growth given that investors from both the public and private sectors seem keen to explore more ESG options. French asset management company, Amundi, is the largest provider of ESG money funds and the majority of the market is based in Europe, but Fitch expects that to start to change. BlackRock and SSGA launched US funds in January and July, respectively. (Financial Times)

New online platform aiming to engage students on the SDGs

One of the world’s largest academic publishers, Taylor & Francis, has introduced a new learning platform to engage higher education students, teachers and university researchers on the Sustainable Development Goals (SDGs). Called ‘Sustainable Development Goals Online’, the new venture from the UK-based publishing giant provides a platform to learn about the SDGS and understand how to contribute. Developed alongside various UN bodies, the online learning platform provides an interdisciplinary collection of digital content on the SDGs. This includes an online library of over 12,000 articles and chapters — covering some of the world’s biggest ongoing challenges, corresponding to the 17 SDGs — as well as a selection of materials to help lecturers teach sustainability and enhance students’ satisfaction with their institutions. The aim of the new platform is to enable students and tutors to deliver the change they want throughout their careers and lives. (Sustainable Brands)

Volkswagen and Ford join forces for EV and self-driving cars

Car makers Ford and Volkswagen (VW) are to expand their global alliance as they seek to capitalise on the rapidly growing market for electric vehicles (EVs) and scale-up their investment in self-driving AI technologies. The two rival car giants’ collaboration is aimed at advancing autonomous driving technology and delivering cost efficiencies for customers by taking advantage of VW’s manufacturing scale and Ford’s investment to date in AI technology. Ford said it expects to deliver more than 600,000 European EVs over six years using VW’s electric architecture, including commercial vehicles. The move is part of the US carmaker’s plan to invest more than $11.5bn in EVs worldwide and step up its e-mobility offering in Europe. VW, which started developing its EV architecture in 2016, has to date invested around $7bn in the platform. The German carmaker also plans to use build around 15 million EVs of its own over the next decade. The collaboration will also see VW invest $2.6bn in driverless car company Argo AI, which has already secured investment from Ford. (Business Green)

Indonesia’s anti-corruption watchdog has accused the head of the state-owned electricity distribution monopoly of facilitating bribery. The Corruption Eradication Commission (KPK) indicted Sofyan Basir, the suspended chief executive of electricity provider PLN (Perusahaan Listrik Negara) and made links to a case that has led to the arrest of nine people, including the ex-social affairs minister and another member of parliament. The KPK alleges Sofyan Basir arranged meetings between PLN’s board and two politicians and a businessman who have been found guilty of bribery. According to Mamik, project coordinator for Transparency Indonesia’s mining programme, the KPK “suspects Sofyan Basir ordered one of the directors at PLN to arrange a power purchase agreement between PLN, Blackgold and China Huadian Engineering.” Environmentalists and campaigners now want the KPK to dig deeper into the role of China Huadian Engineering, which is a project partner in the US$900 million Riau-1 power plant on the biodiverse island of Sumatra. (Eco-Business)

Coca-Cola GB has announced it has extended a project to place onsite “reverse vending machines” for plastic bottles at major UK attractions, including Alton Towers Resort, Thorpe Park, and Legoland. This follows a trial of the machines, which enable automated collecting, sorting and handling of used plastic bottles for recycling or reuse, between Coca-Cola and one of the world’s largest attraction operators, Merlin Entertainments. The trial, which took place in 2018, facilitated the collection and recycling of more than 26,000 bottles through reverse vending machines. From July, 23 machines will be available at various major UK amusement parks with additional machines to be rolled out later in the year. As a reward for customers returning used bottles, Coca-Cola GB is offering 50 percent discount vouchers off entries to 30 Merlin-owned attractions. Merlin Entertainments joins the likes of UK supermarkets Morrisons and Iceland, as well as music festivals Download, Latitude and Reading and Leeds, in hosting reverse vending machines. (Edie)