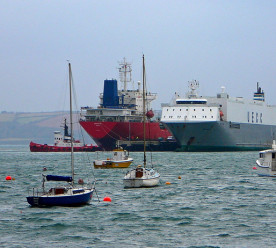 Google has acknowledged its contractors can listen to recordings of what people say to its artificial-intelligence system, ‘Google Assistant’. The company has admitted that humans can access recordings made by the Assistant, after some of its Dutch language recordings were leaked. The recordings were obtained by the Belgian public broadcaster VRT, which found recordings of users that had identifiable information, including one person’s address and other personal information, such as a family discussing their grandchildren by name. Google says contractors listen to recordings to better understand language patterns and accents, and notes that recordings may be used by the company in its user terms. The recordings reported on by VRT may not be in compliance with the EU’s General Data Protection Regulation, rules that went into effect in May 2018 that limit the data companies based in the EU or doing business in the EU can hold on consumers. (Guardian)

Fast food chain KFC is to become the first in the sector in the UK to sign up to new European welfare standards for farmed chickens to tackle growing concerns about inhumane conditions in the intensive and large-scale production of meat. The move will put pressure on rivals McDonald’s and Burger King, as well as large supermarkets such as Tesco and Sainsbury’s. The European Chicken Commitment represents the first time a single set of requirements has been agreed on across the continent by a large coalition of European animal protection groups, including the RSPCA. The new requirements include stricter auditing processes, reducing stocking density to give birds more space in barns, and provide natural daylight. KFC’s UK and Ireland business said it will raise the minimum level of welfare standards across the industry by 2026. Its move will cover its sourcing of chicken in the UK and Europe, which make up the vast majority of its supplies. (Guardian)

Nordea Liv & Pension Sverige, a pension and life insurance subsidiary of Nordic lender Nordea, has moved funds out of carbon-intensive sectors, cutting its portfolio’s carbon footprint by about 50 percent during the first half of the year. Nordea’s Swedish pension fund moved 22 billion Swedish crowns ($2.34 billion) into investments with a lower carbon footprint and strict sustainability criteria, saying the move was its biggest asset shift. The fund has a goal that all its investments together should not contribute to global warming exceeding 1.5C, in line with the Paris Agreement. Nordea began moving funds last year, directing 7 billion crowns of investment from carbon-intensive sectors to companies it deemed to be at the forefront of integrating sustainability in their operations. Peter Sandahl, sustainability manager at Nordea Liv & Pension Sverige, said shifts made in 2018 and 2019 meant that a vast majority of the fund’s listed equity exposure was now in low-carbon footprint and sustainable investments and about 40 percent of its total assets managed was in this area. (Reuters)

All new ships destined for UK waters should be designed to incorporate zero emission-capable technologies, the government has revealed as it delivered its first major strategy for reducing greenhouse gas emissions from the domestic maritime sector. The Clean Maritime Plan, which aims to provide a route map for tackling pollution and emissions from vessels, argues there are significant opportunities for economic growth from decarbonising shipping. The government suggests that the global market for maritime emission reduction technologies could reach as much as £11 billion a year by 2050, potentially resulting in annual economic benefits of £510 million to the UK. To capitalise on the opportunity, the new plan includes a commitment that all new UK ships ordered from 2025 should be designed with zero emission technologies in mind. The government also said it would consider introducing both medium and long-term national targets for the shipping sector to cut greenhouse gas emissions and air pollution “towards zero”. (Business Green)

The Global Fashion Agenda’s annual status report on the circular economy has revealed that of the 2020 targets set by 90 big-name fashion companies as part of a collaborative commitment, just one-fifth have been met. The Circular Fashion System Commitment has been signed by multinational designers, suppliers and retailers, including the likes of Asos, H&M Group and Nike. Signatories have collectively trained more than 2,500 staff in designing for cyclability in the past 12 months. However, the companies taking part in the Commitment have largely been unsuccessful in shifting to circular models of production against 2020 targets. On the first issue, just four of 27 targets have been met and, on the second, just five of 47. The Global Fashion Agenda believes that the companies taking part in its Commitment “must urgently accelerate their efforts and seek further collaboration if they are to achieve their remaining targets”. (Edie)