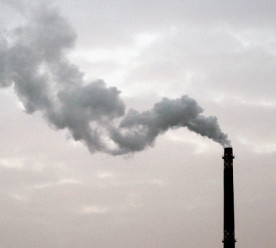 The UK’s largest energy companies have withheld support for a legally binding target to reduce the EU’s emissions to net zero by 2050, even while publicly backing the plans. Royal Dutch Shell, BP and British Gas’s owner, Centrica, have all publicly thrown their weight behind more ambitious EU emissions cuts, but none supported the Brussels proposals for a tougher target in an official consultation. The new target, to be debated by EU leaders in Brussels on Friday, would increase the bloc’s carbon-cutting ambitions from 80-95 percent below 1990 levels by 2050, to a carbon neutral target. The European commission said a climate-neutral future is in line with the Paris Agreement’s objective to keep the global temperature increase to well below 2⁰C and strive to keep it to 1.5⁰C. The companies’ decision to withhold support for the target has reignited criticism that major polluters are “greenwashing” their plans for the future, while remaining opposed to ambitious climate action. (Business Green)

The chief technology officers of seven major aerospace manufacturers have released a joint statement outlining how the firms are committed to sharing best practice to decarbonise the sector. The senior representatives from Airbus, The Boeing Company, Dassault Aviation, GE Aviation, Rolls-Royce, Safran and United Technologies Corporation issued the joint statement to highlight how the industry is “working at an unprecedented level” to mitigate climate change impacts. The signatories of the letter note that aircraft and engine design, the commercialisation of sustainable and alternative fuels and the integration of “third era” technology such as electric and hybrid-electric propulsion, digitisation, artificial intelligence will redefine the industry and help overcome decarbonisation barriers. However, the companies have also called for more enabling legislative frameworks to be created to help unlock change. “There must be additional public and private commitment to establish a sound regulatory foundation to address the novel issues associated with emerging aviation technologies and to provide the necessary economic support for widespread SAFs commercialisation,” the statement reads. (Edie)

The US government is in the late stages of an investigation into tech giant YouTube for allegedly violating children’s privacy in a probe that threatens the company with a significant fine. The Federal Trade Commission (FTC) launched its investigation after numerous complaints from consumer groups and privacy advocates who spoke on the condition of anonymity because such probes are supposed to be confidential. The complaints contended that YouTube, which is owned by Google, failed to protect children who used the streaming-video service and improperly collected their data in violation of the Children’s Online Privacy Protection Act, a law that forbids the tracking and targeting of users younger than age 13. The possibility of a hefty penalty against YouTube — including a settlement forcing YouTube to change its practices to better protect children — could signal a new phase in the FTC’s enforcement of the child-privacy law. (Washington Post)*

The UK’s biggest gambling firms are offering the government a significant increase in the money they contribute to tackling problem gambling. The owners of William Hill, Coral Ladbroke, Betfair Paddy Power, Skybet and Bet 365 have offered to increase the voluntary levy on their gambling profits from 0.1 percent to 1 percent over the next five years. The new level would eventually raise £100 million per year for gambling charities. The firms made the pledge in a letter to the Department for Digital, Culture, Media and Sport, according to the BBC. The Gambling Commission recently said the need for more staff, research and treatment required an annual contribution from the industry of £70 million. The firms said they would also consider increasing the amount of safer gambling messaging and reviewing the “tone and content” of its advertising. Secretary of State at the DCMS, Jeremy Wright, said: “I want the gambling industry to step up on social responsibility and keep their players safe, including through making more funding available for research, education and treatment to tackle problem gambling.” (BBC)

The Asian Development Bank (ADB) has plans to stop funding coal-fired power plants, except in selected countries where the bank considers the alternatives to be limited. Nine months ago, ADB said that there would be no place for “dirty energy” in its new climate finance strategy. The updated climate strategy, unveiled in July last year, promises up to US $80 billion in climate adaptation and mitigation spending primarily to support renewable energy and energy efficiency projects, and highlights the bank’s shift of focus from poverty reduction to creating climate resilient and inclusive growth for the region. “I don’t know whether we will totally dismiss the possibility of coal projects, because in some countries there’s no access to other options,” the development bank’s president Takehiko Nakao said on Tuesday at ADB’s week-long Asia Clean Energy Forum in Manila. “There have been many changes [since 2009] so we should adjust our policies to address these new developments.” (Eco Business)