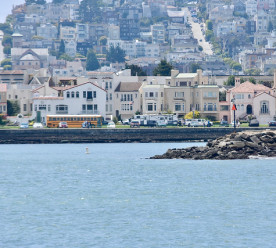 The European Commission has published updated guidelines on what qualifies an investment as “environmentally friendly” in attempt to increase the flow of money into businesses that tackle climate change. In order to cut emissions by 2030, many sectors of the economy, such as manufacturing or energy, need an additional annual investment of €180 billion ($201 billion) and even more is needed to achieve zero emissions by 2050. The Commission said the purpose of its 414-page report was to generate more investments or redirect existing funds and to help reach the emissions targets. While many investors want to put money in sustainable businesses to help stop climate change or market financial products they sell as “green”, it is difficult to decide which and to what extent business activities qualify. The report looks to provide a methodology that can determine if an investment is green. The Commission also published separate guidelines on what standards a bond marketed as “green” should meet and on climate-related benchmarks for company reporting. (Thomson Reuters Foundation)

Banks to include CO2 emission measures in shipping loan decisions

A group of leading banks will for the first time include efforts to cut carbon dioxide emissions in their decision making when providing shipping company loans. Working with non-profit organisations, 11 banks, representing $100 billion in the shipping industry, have established a framework to measure the carbon intensity of shipping finance portfolios. The banks involved in the ‘Poseidon Principles’ initiative so far include Citigroup, Societe Generale, ING, DNB and Credit Agricole CIB. The work will set a common baseline to assess whether lending portfolios are in line or behind the UN’s International Maritime Organisation climate target of cutting emissions by 50 percent by 2050. Bankers say in the longer term this means they will be more selective about which ships they include in their lending portfolios. Michael Parker, global head of shipping at Citigroup said: “we are helping the shipping industry emerge into the 21st century in a responsible way.” International shipping accounts for 2.2 percent of global carbon dioxide emissions globally. (Reuters)

Stephen Schwarzman, chief executive and co-founder of the world’s largest private equity firm, Blackstone, has given Oxford University its largest single donation in modern history to fund humanities research and tackle looming social issues linked to artificial intelligence. The £150 million donation will be used to construct a new hub that will bring together the university’s humanities faculties in one place for the first time, plus an institute focused on the ethical questions around artificial intelligence. Schwarzman also made a $350 million contribution last year to the Schwarzman college of computing at the Massachusetts Institute of Technology to fund further research into AI. The new donation to Oxford reflects growing concern over the implications of AI. Schwarzman said  “it is clear we need to develop a robust discussion on which technologies we can implement, how fast, and when.” (Financial Times*, Guardian)

Technology giant Google will invest $1 billion in housing throughout the San Francisco Bay Area, a region with a significant housing and homelessness crisis that has in part been fuelled by the tech industry. The money will go towards supporting the development of 20,000 new homes over the course of 10 years, around 68 percent of the number of units the Bay Area needs to build each year in order to meet population growth. Google will firstly repurpose at least $750 million of its land currently zoned for office or commercial space into residential housing over the course of 10 years, allowing for the development of 15,000 homes at all income levels. The remaining $250 million will go into an investment fund to incentivise developers to build at least 5,000 affordable housing units. The Bay Area has a lack of affordable housing fuelled in part by the economic disparities created by the tech industry. While the industry continues to grow at exponential rates, affordable housing has not been built to meet the need. (The Guardian)

The UK has struck a new climate partnership with Colombia to help the country scale green finance efforts, purchase low-emission vehicles and increase protection of its biodiverse habitats. The UK will provide £8.5 million in funding to help accelerate climate action in Colombia. Around £3.5 million will fund a project involving the Royal Botanic Gardens at Kew, which plans to build a public database of useful plants in Colombia, to help entrepreneurs sustainably monetise Colombia’s biodiversity riches. A further £5 million will be used to help the City of London share its expertise on green finance with their Colombian counterparts and fund investment in low-emission vehicles in Colombia’s major cities. The UK has already provided around £70 million towards projects to curb deforestation in Colombia, one of the most significant emissions sources for the country. Chris Skidmore, the UK’s acting Energy and Clean Growth Minister, said international co-operation is crucial for tackling climate change and the UK’s work to help Colombia reach more ambitious climate targets sets “an example to other countries in South America.” (Business Green)