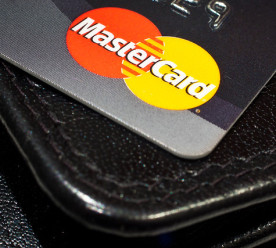 The UK government has rejected calls to require fashion retailers to better address environmental and social challenges across their operations. Earlier this year, MPs on the Environmental Audit Committee (EAC) called on the government to introduce regulation forcing ‘fast fashion’ retailers to tackle forced labour, environmental destruction, and excessive waste in the industry. The proposals included plans for a one penny levy on every fashion item sold to fund clothes recycling, a ban on incinerating or landfilling unsold stock, mandatory environmental targets and tax benefits for repair services. Each recommendation has been dismissed by the UK government, just days after committing to achieving net zero emissions by 2050. Textile production creates an estimated 1.2 billion tonnes of CO2 equivalent annually, more than international flights and maritime shipping combined. EAC chair, Mary Creagh, accused the government of being “out of step with the public who are shocked by the fact that we are sending 300,000 tonnes of clothes a year to incineration or landfill”. While the government insists voluntary programmes will deliver progress on issues, the EAC claims this approach has “failed”. (Business Green)

Analysis by the Financial Times has shown that the world’s top 500 companies are set to miss the climate ambitions of the Paris Agreement to keep global warming to well below 2C. Using data from environmental fintech Carbon Delta, the analysis looks at how the world’s top companies by market capitalisation are preparing for a low carbon world, by measuring their current emissions and the number of low-carbon patents they hold. This ignores climate commitments, focusing instead on actual performance. The result shows huge differences in how various sectors are preparing for a decarbonised world. Fields such as utilities, oil and gas, and mining are among those that appear to be doing the least, according to this analysis, while the tech sector and healthcare seem to be doing the most. Only 15 percent of companies in the study were found to be in line with the goals of the Paris Accord. (Financial Times)*

Financial services firm Mastercard will allow transgender customers to use their chosen names on credit and debit cards. The company is working with its banking partners to introduce ‘True Name’ cards that will let customers use the name they want without requiring a legal name change, a process that should help transgender and non-binary cardholders in particular, the company announced on Monday. The network has already started talking to banks to help them implement the cards, said Raj Seshadri, president of U.S. issuers at Mastercard. Nearly a third of individuals who have shown forms of identification with names or genders that don’t match their presentation have reported having negative experiences, including harassment, Mastercard said. “What we’re introducing is a card that represents an individual as who they truly are,” Seshadri said in an interview. “This is something that should be accessible to everyone in the way they want it and there shouldn’t be any pain in that.” (Time)

Malaysia’s large banks have the highest board representation for women across the Southeast Asian region, outpacing peers in Singapore and the Philippines. Women make up more than 30 percent of the boards of top Malaysian lenders, compared with only 9 percent on average in the Philippines, and 13 percent in Singapore, according to data compiled by financial data firm Bloomberg from published information on the three largest banks in each of five countries. The outperformance of Malaysian banks is likely due to the country’s corporate governance code, which requires that women hold at least 30 percent of board seats at local firms, said Meggin Thwing Eastman, head of impact and screening research at investment analysis firm MSCI Inc. However, of all the 15 banks in the Bloomberg survey, the best performer was in Thailand, where a certain level of board representation for women isn’t compulsory. Bangkok-based Kasikornbank Pcl has seven female directors, or almost 40 percent of the 18-member board. (Bloomberg)

Environment ministers representing the G20 block of nations have agreed to a new framework tackling ocean plastic waste. The move, which was made during a meeting of environment and energy ministers from the 20 nations in Japan this week, follows the action plan on marine litter in 2017 which was signed off at the Hamburg Summit. The new framework will see member states promote a lifecycle approach to prevent and reduce plastic waste entering oceans, using international co-operation through the sharing of best practice, innovation and scientific monitoring of waste. Japan’s environment minister, Yoshiaki Harada, said: “I’m glad that we, including emerging countries and developing countries, were able to form a broad international framework.” Environmental charity Greenpeace Japan described the deal as a “first step” to resolving the issue. Hiroaki Odachi from the campaign group also warned: “Given the critical situation of ocean pollution with plastics, it is urgently necessary to set up legally binding action plans with clear timelines and goals.” (Edie)