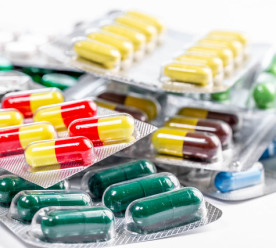 US drugmakers Amgen, Merck, Eli Lilly and the Association of National Advertisers have filed a lawsuit against the Trump administration, claiming a new rule that forces pharmaceutical companies to include drug prices in TV advertisements hinders their free speech. The rule, announced in May, will require the list price of any drug that costs over US$35 for a month’s supply or a normal course of treatment to be displayed in TV ads. The companies claim the rule exceeds the authority of the federal department that issued it, the Health and Human Services Department and violates  free speech protections. The companies looking to stop the ruling protest that the “list price” often has little relation to how much a patient will pay.  Not all pharmaceutical companies are resisting the rule: Johnson & Johnson, the world’s largest healthcare group, became the first to voluntarily display the list price of a drug in an advert, before the rule was even announced. (Financial Times)*

CDP, a non-profit driving environmental disclosure among corporates, has teamed up with a group of 88 investors to expose companies which do not provide information on their approach to sustainability. The investors involved have a combined $10 trillion under management and including HSBC Global Asset Management and Investec. Some investors have warned that they may sell their holdings of companies which do not provide information to CDP’s environmental surveys. Amazon has long been a target of CDP, having failed to disclose CDP-requested information since 2004. Amazon has recently experienced increased employee pressure to report on how it is preparing for climate-related disruptions. Other companies on CDP’s target list for environmental disclosure include energy giants ExxonMobil and Chevron. The collaboration of investors and CDP to improve disclosure of sustainability metrics highlights the concern among asset managers that they cannot make comparisons on sustainability information if companies do not report data in a common framework. (Financial Times)*

Major businesses in Brazil are using court injunctions to avoid being named and shamed on the country’s slave labour “dirty list” – a practice that prosecutors and judges said weakened a key tool designed to stop companies profiting from slavery. A dozen firms that were found by the government to have engaged in slave labour have gone to court to halt a two-year inclusion on the list while they appeal the decision. JBS Aves, a unit of the world’s top meatpacker JBS SA, orange juice giant Citrosuco, and fashion brand Fabula Confecçao e Comercio de Roupas were among the twelve companies uncovered by a request via Brazil’s Access of Information Law. Others included logistics company Rumo Malha Paulista, and local maker of Coca-Cola, Spal Industria Brasileira de Bebidas. All the companies revealed through the request said they never used slave labour and their inclusion was a mistake. (Thomson Reuters Foundation)

Coffee chain Costa has become the latest company to sign the Department for Food, Environment and Rural Affairs ‘Step up to the Plate’ pledge, which commits signatories to halving their food waste output by 2030. The commitment requires signatories to align with SDG 2, Zero Hunger, by adopting waste charity WRAP’s food waste reduction roadmap. By signing the pledge, Costa has additionally committed to using its voice to empower the public and drive wider behaviour change aimed at tackling the UK’s annual food waste of 10.2 million tonnes. Costa’s actions on food waste to date include re-designing its ordering system to reduce surplus, discounting food due to expire at midnight by 50 percent during the last hour of trading at all stores and encouraging its store teams to directly donate surplus products to local charities. Since Defra launched the commitment, more than 100 businesses from across the food value chain have signed up, with other signatories including large food and supermarket retailers such as Nestlé, Tesco, Sainsbury’s and Waitrose & Partners. (Edie)

Last year’s rise in global CO2 emissions – the largest since 2011 – was driven in part by a surge in demand for petrochemicals used largely to manufacture plastic materials, according to statistics in BP’s latest world energy review. Growth in production of petrochemicals for plastics accounted for half of oil demand growth in 2018, far more than in previous years. Emissions were also pushed up by a rebound in China’s coal use and a jump in demand for heating and cooling around the world. Petrochemicals account for 12 percent of the world’s oil use and the sector is expected to drive one third of oil demand growth to 2030, which means it would grow three times as fast as other oil demand. This meant that despite more non-fossil electricity production being added to grids worldwide than ever before in 2018, global CO2 emissions from the energy sector still increased by the largest amount since 2011. (Unearthed)

Image Source: Packages of different tablets and capsules on a white background (Flip 2019) by Marco Verch on Flickr. CC BY 2.0