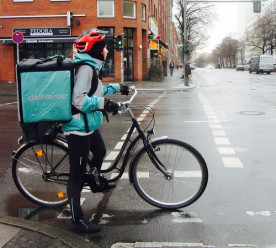 The largest money manager in the UK, Legal & General Investment Management, has warned that businesses globally must urgently address the “climate catastrophe”, or face shareholders who refuse to back them. The climate warning by Legal & General, which manages £1 trillion worth of UK pension fund investments, was the top of a list of concerns about the way companies are run. Other concerns in the list included the level of executive pay, lack of diversity in senior corporate roles, the role and cost of political lobbying, and the poor quality of financial information provided by auditors. This news comes as Mark Carney, the governor of the Bank of England, and Villeroy de Galhau, the governor of the Banque de France, said the global financial system faces an existential threat from climate change and must take urgent steps to reform. They said, “climate change is a global problem, which requires global solutions, in which the whole financial sector has a central role to play.” They also warned that companies failing to adjust to climate change will soon fail to exist. (BBC; The Guardian)

A new study, published in Nature Geoscience , has revealed  that microplastics are present on the top of secluded regions in the Pyrenees mountains, previously considered pristine. The researchers from Strathclyde and Toulouse universities collected samples from what they considered to be an uncontaminated area in south west France, about four miles from the nearest village. From the study, they estimate that each day an average of 365 tiny plastic fragments or fibres settled on every square metre of land assessed as part of the study. This waste travels by air and it is estimated that it can pollute areas at least 100 kilometres away from their source..Whilst it is already known that microplastics can reach oceans by travelling along rivers, the study is the first to provide concrete evidence of microplastics transported to remote regions by air. This finding means that plastic pollution could threaten more remote areas than previously thought. The study is the, suggesting (BBC, The Independent)

According to leaked company documents largely spanning 2011 to 2015, CEO Mark Zuckerberg of US social media platform, Facebook, oversaw plans to consolidate the social network’s power and control competitors by treating its users’ data as a bargaining tool, while publicly proclaiming to be protecting that data. The documents, which include emails, webchats, presentations, spreadsheets and meeting summaries, show how Zuckerberg, along with his board and management team, found ways to tap Facebook’s trove of user data — including information about friends, relationships and photos — as leverage over companies it partnered with. As part of its plans, in some cases, Facebook would reward favoured companies by giving them access to the data of its users, such as to American technology multinational, Amazon. In other cases, it would deny user-data access to rival companies or apps. Facebook has challenged the significance of those discussions, telling the Wall Street Journal last year and NBC News this month that the company was merely mulling various business models. (NBC News)

Yesterday, the European Parliament approved a law setting minimum rights for workers in the “gig economy”, a move that may benefit Uber drivers, Deliveroo and Just Eat food couriers and others. Gig workers are usually treated as independent contractors with none of the employment rights guarantees in more regular jobs, something the companies say gives flexibility to all but which critics say often results in exploitation. The new rules will apply to those who work a minimum of three hours per week and 12 hours per four weeks on average, including casual or short-term workers, those who work on-demand and paid trainees and apprentices. The rights include informing workers about the working conditions such as duration and remuneration from day one. Workers will also be able to refuse, without consequences, an assignment outside predetermined hours or be compensated if the assignment is not cancelled in time. Employers will not be allowed to hinder workers from working for other companies and will have to provide free mandatory training. (Reuters)

Nearly 300 climate change activists have been arrested after roads were blocked in central London, amid protests aimed at shutting the capital. A second day of disruption took place after campaigners from activist group, Extinction Rebellion, camped overnight at Waterloo Bridge, Parliament Square and Oxford Circus. Up to 500,000 people were affected by the diversion of 55 bus routes. Organisers of the protest, activist group Extinction Rebellion, are demanding the government “tell the truth about climate change”, reduce carbon emissions to zero by 2025 and create a citizens’ assembly to oversee the progress. Mayor of London, Sadiq Khan, said although he “shared the passion” of the activists, he was “extremely concerned” about plans some had to disrupt the London Underground on Wednesday. Controversially, the group is trying to get as many people arrested as possible. One of the group’s founders, Roger Hallam, believes that mass participation and civil disobedience maximise the chances of social change. But critics say they cause unnecessary disruption and waste police time when forces are already overstretched. (BBC)

Image Source: Berliners on Bicycles by Akuppa John Wighamon on Flickr. CC BY 2.0.