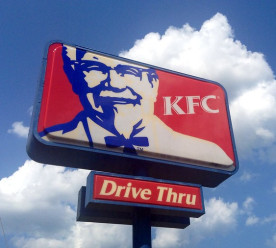 American technology multinational, Microsoft, has rejected a California law enforcement agency’s request to install facial recognition technology in officers’ cars and body cameras. Company President, Brad Smith, cited human rights concerns  as the primary driver behind the decision. The technology was planned to be used to “run a face scan” whenever a person was pulled over on suspicion of a crime. Microsoft concluded that using the technology in this way would lead to innocent women and minorities being disproportionately held for questioning because the artificial intelligence has been trained on mostly white and male pictures. Microsoft have also declined a deal to install facial recognition on cameras blanketing the capital city of an unnamed country that the non-profit Freedom House had deemed not free. Smith said it would have suppressed freedom of assembly there. However, Microsoft have agreed to provide the technology to an American prison, after the company concluded that the environment would be limited and that it would improve safety inside the unnamed institution. (Reuters)

Yum! Brands, the US owner of fast food chains KFC, Taco Bell, and Pizza Hut, has committed to pursuing a Science-Based Target to reduce greenhouse gas emissions. The company, which is working with a consulting firm to comprehensively assess the emissions from its supply chains, has pledged to develop a set of targets covering its Scope 1, 2 and 3 emissions, while also exploring how to purchase renewable energy. Mindy Lubber, CEO and president of sustainable investor group, Ceres, welcomed the announcement but insisted the fast food sector still has “a long way to go when it comes to reducing both their contribution to the climate crisis and their exposure to climate risk”. The commitment comes after a shareholder resolution proposal called on Yum! to study the feasibility of setting targets for increasing its use of renewables, as well as other climate change mitigation strategies. Just over a year ago, McDonald’s became the first global restaurant company to set greenhouse gas reduction targets in line with climate science. (Business Green)

A group of Finnish businesses have partnered with global financial solutions firm, South Pole, and Swedish bank, SEB, to launch a new marketplace for science-based CO2 removal certificates. This is in a bid to scale methods that can capture and remove carbon globally. Initally developed by Finnish electricity services firm Fortum, the marketplace, called Puro, is aimingto create the “world’s first marketplace” for CO2 removal methods. The Puro marketplace is currently developing verification methodologies for atmospheric CO2 removal. Acting as a voluntary market mechanism, Puro will create verified and tradable CO2 Removal Certificates (CORCs) that represent one tonne of CO2 that has been removed or captured. The companies involved in the initiative, which include dairy firm Valio, Estonian legal services firm Hedman Partners, and SEB, believe that the marketplace can help accelerate decarbonisation efforts by creating financial alternatives for removal and capture methods. (Edie)

The European Parliament has overwhelmingly voted for rules aimed at protecting whistle-blowers from reprisals following corporate scandals, such The parliament supported rules to crackdown on fraud, corruption, corporate tax avoidance and damage to people’s health and the environment. Recent corporate scandals “have helped to shine a light on the great precariousness that whistle-blowers suffer today,” said Virginie Roziere, the French politician, who steered the legislation through the assembly. The new rules — proposed by the executive European Commission a year ago — must still be formally approved by EU countries that have already shown support for them. Once approved, member states will have two years to comply with the rules. The rules offer the first EU-wide protection for whistle-blowers who will be able to choose between internal and external reporting, for example to national or EU authorities. The rules aim to both protect and encourage reporting of breaches of EU law and aim to ensure information disclosed remains confidential. (Euractiv)

Image Source: KFC by Mike Mozart on Flickr. CC BY 2.0.