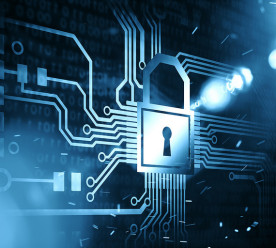 US multinational technology company Google has stopped distributing advertisements in China for two websites that review anti-censorship software, in a move that critics consider signals the US tech giant’s efforts to curry favour with Beijing. Foreign businesses and visitors to China, as well as local citizens, rely on VPNs, Virtual Private Networks, to access the global internet. Platforms, such as Google and Facebook, are examples of sites currently blocked by China’s “Great Firewall” of internet controls. However, VPNMentor, a company that reviews virtual private network services that allow users to bypass China’s internet controls and avoid surveillance, and other review site Top10VPN, said that Google had refused to sell its adverts to Chinese users. Google previously closed its China search engine in 2010 after suffering cyber-attacks and periodic blocks from the government. The company announced that it was no longer willing to censor search results, devastating its relationship with Beijing at the time. Google said its decision to block VPNMentor’s adverts was “completely unrelated” to trying to re-enter China. (Financial Times)*

The gender pay gap for British university graduates is widening as men’s wage growth outpaces women’s in the early years of their careers, UK government data released last Friday showed. Five years after graduating, men earned 15 percent more than women in 2017, widening the gap from 12 percent three years earlier. The report, which looked at those who lived in Britain and had attended higher education in England, said the growing gap was due to average pay for male graduates rising faster than for women. Men out-earned women at one, three, five and ten years after graduation, it showed. By the ten-year point, men earned £8,400 more than their female counterparts on average. However, the overall pay gap is gradually narrowing with men on average earning 17.9 percent more than women in 2018, compared to 18.4 percent in 2017. The latest data comes days before the April 5 deadline for businesses and charities with more than 250 workers to publish figures reporting their average gender pay gap. (Thomson Reuters Foundation)

International fashion giant C&A‘s charitable arm, the C&A Foundation, has teamed up with geospatial technology firm Azavea to develop a new open-source digital map aimed at helping fashion retailers, suppliers and designers to boost their transparency efforts. Called the Open Apparel Registry (OAR), the tool maps garment facilities across the world by assigning a unique ID number to each location. The database of IDs will use an address-matching algorithm to tie each facility to its location, name and information about its suppliers and buyers. The tool has been made available for use by any organisation within the fashion sector, with C&A Foundation and Azavea aiming to make it the “go-to source” for identifying all global facilities and their affiliations. The organisations claim the open-source model will help businesses to update and standardise facility information to boost transparency, better understand the other affiliations of their suppliers and find new suppliers which operate in more ethical and sustainable ways. (Edie)

The Climate Group is launching a new tool: the Climate Action Compass for Indian States. The compass will enable Indian state governments to assess performance on their regional climate action plans, as well as align them with India’s national ambition on climate. As a first step, all 29 Indian states and seven union territories are preparing for this by structuring and implementing their State Action Plan on Climate Change (SAPCC) – a framework to respond to the effects of rising temperatures specific to their jurisdiction. The framework enables states to assess their climate action based on their domestic priorities. It is based on key metrics that are inspired by national goals set out by India. The use of the framework aims to offer direction and identify areas that need strengthening while planning for a state-level climate policy strategy. Building this evidence is an opportunity for states to showcase their role in supporting India’s leadership on climate action. (The Climate Group)

UK’s Heathrow Airport is offering a £30,000 prize fund to an entrepreneur with a plan to cut the carbon footprint of flying, it announced last week. The ‘Innovation Prize’ is available to someone working on an idea to reduce the impact of people travelling to and from the airport, or on technology for greener flights such as electric aircraft or biofuels. Projects to capture and use carbon at or near airports will also be considered. The new initiative is part of a wide-ranging strategy from the airport to cut its operation greenhouse gas emissions, invest in new UK carbon offset schemes, and accelerate the roll out of green aviation technologies. The competition forms part of the airport’s new role as a ‘Centre of Excellence’ for green aviation research. However, the emergence of zero emission commercial flights remains a huge technical challenge given batteries are not yet powerful enough for commercial planes and many existing biofuels face questions over their land use impact. (Business Green)