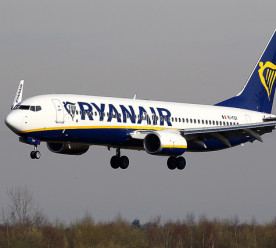 Bloomberg will soon start tracking the progress utility companies are making towards decarbonizing their energy supplies, the firm announced on Monday. The Decarbonisation Tracker, launched at an event in New York by former New York Mayor and climate philanthropist Michael Bloomberg, aims to drive carbon cuts at major energy companies and push those firms not changing their ways into focus. The tracker will offer at-a-glance metrics displaying how energy companies are progressing in their shift to using clean and renewable energy sources, tracking how close they are to aligning with the goals of the Paris Agreement. Bloomberg said the service would prove useful both for those in the utilities sector and for investors seeking more information on the climate-related risks faced by their investments. The tool is expected to be formally launched at the UN climate summit in September, where UN Secretary General Antonio Guterres is pushing nations to ramp up their national climate action plans. (Business Green)*

Sustainable investment funds have lost market share in Europe as a clampdown on greenwashing forces asset managers to reduce their assets in such strategies. Research from the Global Sustainable Investment Alliance (GSIA), an advocacy group, found that holdings in sustainable funds made up 49 percent of professionally managed assets in Europe at the start of 2018, compared with 53 percent in 2016. The study found that total assets committed to sustainable strategies grew 11 percent between 2016 and 2018 to reach €12.3trillion. However, growth did not keep pace with that of overall professionally managed assets in Europe, which hit a record high of €25.2trillion in 2018. The GSIA said asset managers reported lower sustainable asset values in 2018 because they anticipated a shift to stricter standards and definitions. Politicians in the EU and individual countries want to quash greenwashing with a stronger definition of what constitutes sustainable investment, forcing fund managers to disclose how they give consideration to ESG factors. (Financial Times)*

Australia’s government today announced billions of dollars in funding to cut carbon emissions in a pre-election pitch to entice voters increasingly frustrated with climate policy inaction. The government’s internal divisions over climate change and energy policy have been a weakness amongst urban voters, who want to see action taken to reduce emissions. Australia’s A$1.9 trillion economy is heavily dependent on resources with coal and iron ore its top export earners. Higher commodity prices in recent years are helping deliver an estimated budget surplus of A$7.1 billion for the year ending June 2020. In its budget, the government announced a A$3.5 billion ($2.5 billion) ‘Climate Solutions Package’ to help reduce emissions by 2030. “Our commitments will reduce greenhouse gas emissions, ensure Australia meets its international climate targets and address local environment challenges, while maintaining a strong economy,” Environment Minister Melissa Price said. A further A$137 million has been earmarked for environmental protection projects, threatened species, restoration of coastal land and waterways and waste recycling. (Reuters)

Irish airline Ryanair has become the first non-coal company to join ‘Europe’s top 10 carbon emitters’, according to EU figures. The Irish airline, which transports 130 million people a year, declared 9.9 megatonnes of greenhouse gas emissions in 2018, up 6.9% on last year and 49% over the last five years, according to data in the EU’s latest emissions trading system registry. Ryanair is now ranked as Europe’s 10th worst emitter, after nine coal plants. Aviation is responsible for about 3 percent of Europe’s greenhouse gas emissions, but industry forecasts suggest this could rise by up to 700 percent by 2050 as the sector grows. Despite increased attention from policymakers, the sector receives up to 85 percent of its EU emissions trading allowances free. Consequently, Ryanair saved €96.6 million in 2018. A Ryanair spokesperson said: “Ryanair is Europe’s greenest and cleanest airline. Passengers travelling on Ryanair have the lowest CO2 emissions per km travelled than any other airline.” (The Guardian)