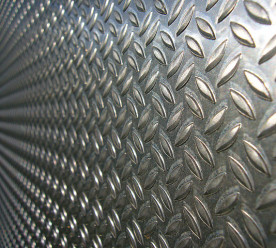 Amnesty International attacked the electric vehicle (EV) industry on Thursday for selling itself as environmentally friendly while producing many of its batteries using polluting fossil fuels and unethically sourced minerals. Manufacturing batteries can be carbon intensive, while the extraction of minerals used in them has been linked to human rights violations such as child labor, a statement from the rights group said. Production of lithium-ion batteries for EVs is power intensive, and factories are concentrated in China, South Korea and Japan, where power generation is largely dependent on coal or other fossil fuels. Amnesty demanded the EV industry come up with an ethical and clean battery within five years and in the meantime that carbon footprints be disclosed and supply chains of key minerals identified. Last month, a letter seen by Reuters showed that 14 non-governmental organizations including Amnesty and Global Witness had opposed plans by the London Metal Exchange to ban cobalt tainted by human rights abuses. Instead of banning the cobalt brands, the LME should work with firms that produce them to ensure responsible souring, they said. (Reuters)

While women are the fastest-growing group of entrepreneurs in the US, less than 5 percent of small business lending — only $1 in $23 — goes to women. CNote, a financial platform that allows anyone to make money investing in causes and communities they care about, is working to fix this disparity with the Wisdom Fund, a new impact investment opportunity launching this week. Created in partnership with mission-driven lender CDC Small Business Finance and four innovative non-profits, the Wisdom Fund funnels money from accredited investors — institutions, funds, foundations, family offices and individuals — into business loans for low- to moderate-income women and women of colour. The loans are provided by non-profit community lenders with decades of experience delivering the capital and resources that women small business owners need. As CNote points out, community development financial institutions (CDFIs), such as the ones the company is working with, are perfectly positioned to take on this work for their distribution cross-country and legacy investments in financially underserved communities. (Sustainable Brands)

HP will help customers transition to a low-carbon and resource-efficient future, after pledging that every page printed using an HP printer will be “forest positive”. HP’s new pledge will aim to ensure that pages printed using HP printers aren’t contributing to deforestation. In 2016, HP achieved 100% zero deforestation of HP-branded paper, two years ahead of schedule. The revamped ambition will extend beyond consumer printers, which are “forest positive” to account for its entire portfolio of commercial printers. HP has not specified when this ambition will be implemented. The company’s entire paper-based product packaging is currently on track to reach zero deforestation by 2020, while 100% of branded paper sold in North America is certified by the Forest Stewardship Council (FSC). HP is also aiming to reduce carbon emissions for its customers. HP’s Managed Print Services (MPS) offerings have recorded a 33% annual reduction in carbon emissions, energy consumption and costs, the company has revealed. (Edie)

Food and drink company Alpro and WWF have teamed up to commission a wide-ranging new research project that will seek to set science based targets to curb environmental impacts on land, water, nutrients, and biodiversity. A consortium of research institutes coordinated by sustainability experts Metabolic are working on the project with a view to extending the approach of setting science-based emissions targets, which is growing in popularity amongst blue chip firms. The first study from the initiative, entitled Setting Science Based Targets for Nature, examines the environmental impact of parts of Alpro’s almond and soya supply chain and provides recommendations on how the company can keep within the safe environmental limits set through a Planetary Boundaries framework. The news comes just days after the UK government announced it is to commission a landmark study assessing the economic value of biodiversity and support a push to ensure natural ecosystem services better inform policy decision-making. (Business Green)

US court halts drilling in Wyoming over climate change

New oil and gas drilling on 303,000 acres of federal land in Wyoming has been halted by a US court, in another sign of the legal constraints facing President Donald Trump’s attempts to deregulate fossil fuels. The District of Columbia district court decision on Tuesday relates to leases sold under the Obama administration in 2015-16, saying that the government did not give enough consideration to the implications for climate change when it originally sold the rights. The Trump administration has been fighting in court to defend the sale, arguing that the Obama-era officials had done all they could to consider greenhouse gas emissions. The court did not immediately declare the sale by the Bureau of Land Management invalid, giving the government more time to produce an adequate climate change assessment. But it issued an order stopping the BLM from issuing any more drilling permits, meaning that there can be no new wells in the lease area until the legal requirements are satisfied. (Financial Times)*

Image Source: Metal by Jonas Bengtsson on Flickr. CC BY 2.0.