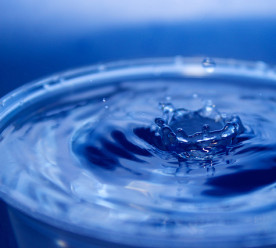 Leading businesses are more concerned than ever about the risk of disruption from water-related risks, with a growing number of firms responding by setting targets to curb their water use. That is the central conclusion of a new report from the investor-backed CDP initiative released today, which draws on data provided by nearly 800 listed companies that together employ 36 million people and represent $18 trillion in market capitalization. But although companies are increasingly concerned about the risks of water scarcity and declining water quality, they are still collectively withdrawing increasing volumes of water for industrial use. The report found there has been an almost 50 percent rise in the number of companies reporting higher water withdrawals between 2015 and 2018, despite a doubling in the number of companies setting targets to reduce water withdrawals. Industry already accounts for almost 20 per cent of global water withdrawal, and around three in every four jobs globally depend on a stable water supply. (Business Green)

The largest five stock market listed oil and gas companies spend nearly $200m (£153 million) a year lobbying to delay, control or block policies to tackle climate change, according to a new report by UK-based non-profit InfluenceMap. Chevron, BP and ExxonMobil were the main companies leading the field in direct lobbying to push against a climate policy to tackle global warming, the report said. Increasingly they are using social media to successfully push their agenda to weaken and oppose any meaningful legislation to tackle global warming. In the run-up to the US midterm elections last year $2 million was spent on targeted Facebook and Instagram ads by global oil giants and their industry bodies, promoting the benefits of increased fossil fuel production, according to the report published on Friday by InfluenceMap. Separately, BP donated $13 million to a campaign, also supported by Chevron, that successfully stopped a carbon tax in Washington state – $1 million of which was spent on social media ads, the research shows. (Guardian)

Why the ethnicity pay gap is even more complicated than gender: PwC survey

Companies in the U.K. are still grappling with the mandatory gender gap reporting that went into effect last year, revealing a widespread disparity in the salaries and bonuses of men and women. Now the British government may require them to similarly analyze the pay of workers of different ethnicities. A survey of 80 large organizations by PwC found 95 percent had not analyzed their ethnicity pay gap, with three quarters saying they did not have the data to do so. Concerns over whether it’s legal to gather information about ethnicity and data protection topped the reasons for failing to do so, as well as poor response rates from employees, difficulties in communicating about the process and worries about worker confidentially. “This will be a more complex task than gender pay gap reporting,” the report said. Firms “will need to create a trusting environment where employees are willing to volunteer their data and believe it will be used to drive positive change.” (Bloomberg)

Dutch regulator ‘world’s first’ to sign up to PRI

Dutch pensions supervisor De Nederlandsche Bank (DNB) has become the world’s first central bank to sign up to the UN’s Principles for Responsible Investment (PRI). It has also launched a new responsible investment charter, and committed to integrating six environmental, social and corporate governance (ESG) principles into its investment practices. These principles are aimed at mitigating climate and environmental risks, advancing the energy transition, ensuring sustainable investment and business operations, promoting accessible payment systems and improving inclusive prosperity. As part of its sustainable approach, DNB said it would investigate options regarding target allocations for green bonds and impact investing in sustainable themes, with the UN’s Sustainable Development Goals as a potential framework. DNB said it wanted to increase the sustainability of the Dutch economy through managing the ESG risks of its own reserves, which amounted to €19 billion invested in financial markets. It said it hoped this approach would inspire other central banks as well as the financial sector. (IPE)

Standard Chartered is facing an investor rebellion over its chief executive’s pay after the bank changed how it calculated his pension in a way that falls foul of UK corporate governance guidelines. The investor unrest over Bill Winters’ pay comes as executives at Britain’s largest listed banks are being subjected to rising pressure to reduce their pension payments so that they are in line with the majority of staff. This year, Mr Winters will receive a pension allowance of £474,000, which is the highest of any chief executive of a large UK-listed bank. One top-10 investor said the change was in “clear contravention” of the Financial Reporting Council’s guidelines on corporate governance, which stipulate that “only basic salary should be pensionable”. An expert on the code said the bank was playing “fast and loose” with the guidelines, which require companies to comply or explain why they have not. StanChart is alone among UK-listed banks in calculating its chief’s pension as a proportion of total pay rather than cash salary. (Financial Times)*