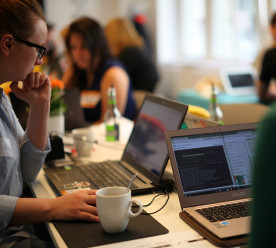 Amazon has dropped a requirement that third-party vendors who sell their wares on its website must always offer their lowest prices there, as the company faces intensifying criticism from partners and politicians. The move to end so-called price parity provisions, also known as “most favoured nation” clauses, in the US comes amid calls for the company to be investigated under antitrust laws. The clauses, which prevented sellers from listing products sold on Amazon’s Marketplace for cheaper elsewhere online, had been dropped in Europe in 2013 after the UK and Germany launched investigations into the policy. Third-party sales on Amazon’s Marketplace, where outside sellers list their products alongside items sold directly by Amazon, now account for half of all items sold on its website. The ecommerce company, which captures half of US online retail sales, is coming under increasing scrutiny for its perceived dominance and treatment of sellers, against a broader backdrop of criticism of the power of big technology companies. (Financial Times)*

Big technology is reducing consumer choice and harming innovation, according to a British government report released on Wednesday. The government, as a result, needs to overhaul its antitrust policies. The 150-page report, ordered by the chancellor of the Exchequer, Philip Hammond, said the country needed stricter rules on acquisitions in the technology industry and stronger oversight to make sure that new rivals cannot be squashed. Similarly, officials in the European Union have been particularly aggressive in pushing back against the industry, issuing billions of dollars in penalties against Amazon, Apple and Google for antitrust violations and tax avoidance, while passing strict privacy regulations. The European Union is weighing copyright regulations and rules to stop the spread of disinformation. Individual countries in Europe have taken stands as well. France has proposed taxes on technology companies, while Germany passed a law against online hate speech. (New York Times; BBC)

Southeast Asia’s largest ride-hailing firm Grab said on Monday it is to train its millions of drivers to spot victims of human trafficking in one of the world’s worst hit regions. Businesses around the world are under increased pressure to tackle human trafficking, which affects more than 40 million people globally and generates $150 billion a year, but they have been slow to act in Asia. From migrant workers trapped in forced labour to women forced into marriage, Asia has the world’s second highest prevalence of modern slavery after Africa, according to the United Nations. Grab, which operates in eight countries from Vietnam to Indonesia, has teamed up with anti-trafficking group Liberty Shared to offer training through its app, starting this year in Cambodia and the Philippines. “Taxi and ride-hailing drivers often unwittingly become the first point of contact for traffickers or victims, at airports or bus terminals. We want to make sure if that happens, they can detect and report these instances to authorities,” said Grab spokeswoman Teresa Tan. (Thomson Reuters Foundation)

New Zealand Prime Minister Jacinda Ardern gave her support on Wednesday to a youth movement urging government action to tackle climate change ahead of protests by students across the world later this week. Thousands of school children in Australia and New Zealand intend to skip school and protest on Friday as part of similar action by students worldwide taking their cue from 16-year-old Swedish climate activist Greta Thunberg. “Don’t underestimate the power of your voice,” the 38-year-old Ardern told local organizers of the protests and students during a live debate at a college in Wellington. Students who cut class to join protests have been rebuked by politicians, including Australian Prime Minister Scott Morrison who said last year more learning and less activism was needed in schools. Whether students should be striking during school time was a decision for students and their parents, Ardern told local media earlier in the day. (Reuters)

Fashion retailer Primark has launched its first range of jeans made with 100% sustainably certified cotton, after expanding its sustainable cotton farming and sourcing scheme. Cotton to make the jeans is being sourced under Primark’s Sustainable Cotton Programme, which trains farmers in agriculture techniques which minimise water and pesticide use, preserve soil quality and promote biodiversity. After joining the programme, farms record an average 15% reduction in water use and a 20% reduction in chemical pesticide use. Farmers covered by the scheme are also provided with education and support to help minimise wastage, improve fibre quality and safeguard their land from climate-related risks. They are paid a premium for producing raw materials in line with Primark’s best-practice advice, with rural female farmers in India increasing average profits by an average of 200% under the scheme. The jeans will retail across all of Primark’s European and UK markets, with the retailer aiming to launch additional garment lines and a homeware range made with 100% sustainably sourced cotton before the end of 2019. (Edie)