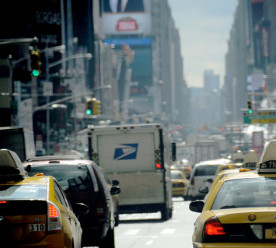 Top women bankers at UBS have criticised Switzerland’s biggest lender over its practice of using their maternity leave as a reason for imposing long-term cuts to their bonuses, raising questions over its commitment to gender equality. Some have resigned in frustration while others have continued working for less pay than before they became mothers, according to several current and former UBS employees. One woman was informed that being a working mother was a “lifestyle choice” by means of explanation for her lower bonus, while someone else was told to “focus on her baby” when she challenged the policy. The practice in question meant UBS applied a reduction to the annual bonuses of those women who took the seven months of leave offered to new mothers, the people said. However, when the bankers returned their incentive pay was not restored to its former level, but rather re-based at the lowered amount. In many cases, three years or more later it had still not recovered. (Financial Times)*

Uber Technologies Inc. will pay $20 million to settle California lawsuits challenging the company’s classification of drivers as independent contractors, and not employees that are owed the benefits of traditional employment. Resolution of the long-standing fight over benefits and pay comes as Uber is preparing for its initial public offering later this year. The litigation attacked the ride-sharing company’s business model of treating its drivers as contractors to avoid the costs of paying a minimum wage, overtime, sick leave and health insurance. The cases turned on whether drivers were essentially forced by their contracts to resolve any conflicts one-on-one, behind the closed doors of private arbitration and forbidden to join forces in class-action lawsuits. The central lawsuit initially posed a threat to Uber as it grew to represent as many as 385,000 drivers in California and Massachusetts after a San Francisco judge granted class-action status. That momentum was undone by an appeals court ruling upholding Uber’s arbitration agreements as largely valid, which ultimately reduced the class to about 13,600 drivers who will partake in the settlement. (Bloomberg)

U.S. air pollution is disproportionately caused by white consumers, while African-Americans and Hispanics are burdened most by the emissions, a peer-reviewed study showed on Monday. On average, African-Americans are exposed to about 56 percent more fine particulate matter pollution than is caused by their consumption of goods and services, said the study, published in the Proceedings of the National Academy of Sciences. Hispanics, on average, bear a burden of 63 percent excess exposure, it said. Whites, on the other hand, experience a “pollution advantage,” meaning they are exposed to 17 percent less pollution than is caused by their consumption. The study was the first to quantify what it called “pollution inequity” and to track it over time. Particulate matter pollution has a wide variety of sources including power plants, agriculture, road dust and industry. Blacks and Hispanics bear a higher proportion of the pollution because of where most of them live, said the study, which tapped census data. The problem occurs across the country, not just in industrial areas alongside major cities like Houston and New York, it said. (Reuters)

UK litigation funder Therium has launched a £1 million annual pro bono scheme to help people without access to a lawyer, in what is thought to be the first such initiative by the fast-growing litigation funding sector. It comes as many people are struggling to access the court system in England and Wales after cutbacks to the state legal aid system. Therium has set up the fund to support projects and pro bono law centres or provide financing for lawsuits that have wider social policy implications such as environmental protection or human rights. The scheme, called Therium Access, comes in the wake of legislation six years ago that resulted in huge cuts to legal aid. Most areas of family, immigration, employment and welfare law became ineligible for state-funded legal help. Since then annual legal aid spending in England and Wales has fallen by at least £400 million, to £1.6 billion last year. (Financial Times)*

The UN has called for urgent action to address the damaging impacts of chemicals on the environment, human health and economies at fourth session of the UN Environment Assembly this week in Nairobi. The $5 trillion dollar global industry is expected to double its production by 2030 and countries will not meet internationally-agreed goals to minimise the adverse impacts of chemicals and waste by 2020, UN Environment warned in its Global Chemicals Outlook yesterday. The body called for renewed global efforts to prevent further damage from chemicals pollution. Despite agreeing in 2002 to work to curb the issue, hazardous chemicals continue to be released to the environment “in large quantities”, and they are now “ubiquitous” in air, water, soil, food and humans, the UN declared. The report found that while international treaties and voluntary initiatives to date have helped reduce the environmental risks of some chemicals and wastes, overall progress “has been uneven and implementation gaps remain”. (Business Green)