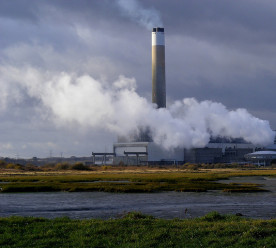 Norway’s $1 trillion sovereign wealth should divest from upstream oil and gas companies to reduce the country’s financial exposure to fossil fuel commodities, the Norwegian government said last week. The government announced its decision in favour of excluding “companies classified as exploration and production companies” in the energy sector, explaining that its aim was to insulate Norway from a “permanent oil price decline”. The country’s Parliament will have the final say later this spring, but if it goes ahead, the decision to divest oil and gas assets from the world’s largest sovereign wealth fund could send shockwaves across global markets and pile pressure on large oil companies to step up preparations for a low carbon transition. Norway said the removal of upstream oil and gas assets from its fund would happen gradually, in consultation with Norges Bank. It said it will also ask Norges Bank to review the wealth fund’s exposure to wider climate risks, “with a view to strengthening efforts in relation to those individual companies accounting for the largest contributions to the climate risk associated with the fund”. (Business Green)*

The Australian Securities Exchange and the Australian Accounting Standards Board have added their voices to the mounting pressure on companies to disclose their financial risk from strong global action on climate change, pointing out the issue affects all businesses, not just those consuming fossil fuels. Guidelines released last week by the ASX governance council included for the first time a clause requiring directors of listed companies to follow new international guidelines from the Taskforce on Climate-related Financial Disclosures (TCFD). The clause was largely overshadowed by the intense focus on the council’s retreat on requiring directors to take into account a company’s “social licence to operate”. The climate clause adds to pressure from the Australian Securities and Investments Commission, the Australian Prudential Regulation Authority, global investors controlling $US32 trillion of assets through the Climate Action100+ group and changes in the law, such as last month’s decision by the NSW Land and Environment Court adding carbon emissions to the grounds for rejecting a new coal mine. (Financial Review)

The U.S. women’s national soccer team sued the U.S. Soccer Federation on Friday with allegations of gender discrimination just three months before they open their World Cup title defence in France. All 28 members of the United States team were named as plaintiffs in federal court in Los Angeles on International Women’s Day and the lawsuit includes complaints about wages and nearly every other aspect of their working conditions. The players said they have been consistently paid less money than their male counterparts even though their performance has been superior to the men’s team. According to the lawsuit, filed three years after several players made a similar complaint with the U.S. Equal Employment Opportunity Commission, U.S. soccer has “utterly failed to promote gender equality.” The lawsuit outlines years of institutionalized gender discrimination, claiming travel conditions, medical personnel, promotion of games and training are less favourable for female players compared to their male counterparts. (Reuters)

Amazon plans to end the secrecy over its carbon emissions

Amazon recently announced its ‘Shipment Zero’ goal, under which the company aims to have 50 percent of all deliveries reach net zero carbon emissions by 2030. The company is now finally tracking its carbon footprint and for the first time will release a carbon report this year – a type of climate change disclosure that has become more common among major corporations but which Amazon has long resisted. Rather than releasing its findings to the CDP, Amazon is developing its own approach to tracking and reporting carbon emissions. Since 2010 the only grade from the CDP that Amazon has received is an F — for non-participation. Aseem Prakash, director of the Center for Environmental Politics at the University of Washington said Amazon has yet to disclose its carbon footprint because there has been a lack of pressure, from both customers and investors, for the company to do so. “The single most important issue is return on investment,” Prakash said. That is changing as Amazon faces pressure not just from investors but its own employees. (CNBC)

Farmers’ cooperative Arla Foods, one of the world’s biggest dairy firms, plans to reduce carbon emissions by 30 percent over the next decade to meet rising demand from consumers for more sustainable products, it said on Sunday. The target comes as Arla, owned by 10,300 farmers in Denmark, Sweden, Germany and the United Kingdom, faces increasing pressure along with the rest of the food industry to reduce emissions. Livestock farming alone is responsible for up to 18 percent of the greenhouse gases that contribute to global warming, according to the UN. Today, one liter of Arla milk emits 1.15 kilogram of carbon dioxide, which it aims to cut by 30 percent by 2030 and to zero by 2050. Arla plans to switch to more sustainable operations such as renewable energy, sustainable packaging and lower waste production, while farmers can plant more trees and bushes to help absorb carbon and improve biodiversity. (Reuters)