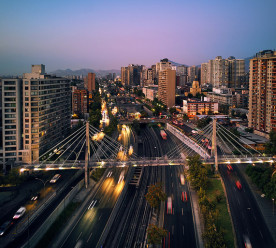 BlackRock has launched six environmental, social and governance exchange-traded funds (ETF) in Europe as the world’s largest asset manager caters to growing demand for sustainable-finance products in the region. Each of the six ETFs in BlackRock’s new iShares ESG Enhanced line-up is invested in a different market—such as the U.S., Europe and Japan—by tracking benchmarks powered by ESG ratings and index provider MSCI. The six new ETFs screen out companies involved in weapons, tobacco, thermal coal and oil sands and those in violation of the United Nations Global Compact principles, while still providing broad market exposure. The aim is for the ETFs to contribute 30% less greenhouse-gas emissions than the broad market benchmark by weighing investments in companies based on their emissions. The firm now has 28 sustainable ETFs listed in Europe. BlackRock predicts investments in sustainable ETFs in Europe to grow to $250 billion by 2028, up from $12 billion today. (Barron’s)

The federal government is doing a worse job managing the problem of climate change under President Donald Trump, according to an investigation from the Government Accountability Office (GAO) that included climate change on its High Risk List report. Testifying before the Senate Appropriations Homeland Security Subcommittee, GAO Comptroller General Eugene Louis Dodaro said that of the many areas that need improvement, “three areas have actually regressed,” and limiting the federal government’s fiscal exposure by better managing climate change risks is one of them. Also in that category were the EPA’S process for assessing and controlling toxic chemicals and NASA acquisition management. Because the government has revoked policies that had partially addressed climate change and has not taken steps recommended in previous reports, this high-risk area requires “significant attention,” the new report says. This year’s High Risk List is a 293-page assessment of the threats facing the federal government, including such matters as cybersecurity and problems at the Department of Veterans Affairs. (CNN)

Next UN climate summit scheduled for December in Chile

The next UN climate summit will take place 2-13 December in Santiago, Chile, officials announced on Thursday. COP25, as it is known, was originally scheduled for November in Brazil, but the plan changed after Jair Bolsonaro’s incoming administration withdrew the offer to host. Environment minister Carolina Schmidt led a successful bid for Chile to take over the presidency. She will be the first woman to oversee the negotiations in eight years. While there was no immediate comment from her office, Schmidt has publicised some of her early preparations for the role. She met last year’s COP president Michal Kurtyka, of Poland, earlier in the week and on Wednesday tweeted: “We must move towards effective climatic action.” While there had been talks of deferring the conference until January 2020, to give the country more time to raise funds and prepare, the UN Climate Change Bureau ultimately agreed to have it in 2019 with the precise venue yet to be confirmed. (Business Green)

Facebook announced Thursday its first policy to combat misinformation about vaccines, following in the footsteps of Pinterest and YouTube. The social network is adopting an approach similar to the one it uses to tackle fake news: The company will not remove incorrect content, but it will aim to reduce the reach of that content by making it harder to find. “Leading global health organizations, such as the World Health Organization and the U.S. Centers for Disease Control and Prevention, have publicly identified verifiable vaccine hoaxes,” Monika Bickert, Facebook’s vice president for global policy management, said in a statement on Thursday. “If these vaccine hoaxes appear on Facebook, we will take action against them.” Anti-vaccination groups have flourished on Facebook, partly because of the site’s search results and “suggested groups” feature. Under Facebook’s new policy, groups and pages that spread misinformation about vaccines will have lower rankings and won’t be included in recommendations or predictions when users are searching within Facebook, the company said. (New York Times)

We’re pleased to announce that Corporate Citizenship’s Regional Director for North America, Abby Davidson, will be facilitating the closing keynote on ‘Moving from risk to opportunity’ with from Cummins, Shift and TerraCycle.