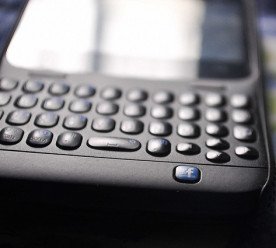 Federal prosecutors are conducting a criminal investigation into data deals Facebook struck with some of the world’s largest technology companies, intensifying scrutiny of the social media giant’s business practices as it seeks to rebound from a year of scandal and setbacks. A grand jury in New York has subpoenaed records from at least two prominent makers of smartphones and other devices, according to sources. Both companies had entered into partnerships with Facebook, gaining broad access to the personal information of hundreds of millions of its users. The companies were among more than 150, including Amazon, Apple, Microsoft and Sony, that had cut sharing deals with the world’s dominant social media platform. The agreements let the companies see users’ friends, contact information and other data, sometimes without consent. Facebook has phased out most of the partnerships over the past two years. “We are cooperating with investigators and take those probes seriously,” a Facebook spokesman said in a statement. “We’ve provided public testimony, answered questions and pledged that we will continue to do so.” (New York Times)

EU singles out palm oil for removal from transport fuel

The European Commission has concluded that palm oil cultivation results in excessive deforestation and its use in transport fuel should be phased out, setting the bloc on a collision course with major palm oil producers Malaysia and Indonesia. The Commission published its criteria on Wednesday for determining what crops cause environmental harm, part of a new EU law to boost the share of renewable energy to 32 percent by 2030 and determine what are appropriate renewable sources. The Commission concluded that 45 percent of the expansion of palm oil production since 2008 led to destruction of forests, wetlands or peatlands and resultant greenhouse gas releases. That compared to 8 percent for soybeans and 1 percent for sunflowers and rapeseed. The law has caused uproar in Indonesia, which had threatened a World Trade Organization challenge, and Malaysia, which is looking into restricting imports of French products over French plans to remove palm oil from biofuel in 2020. (Reuters)

The Financial Conduct Authority (FCA) and Prudential Regulation Authority (PRA) are set to begin cross-financial sector talks in the regulators’ first significant step towards removing barriers to companies’ attempts at mitigating climate-related financial risks. In a statement, the regulators said climate change and society’s response to it presents financial risks, which “are now becoming apparent” and fall within their mandates. The first meeting of the Climate Financial Risk Forum (CFRF), which took place last week, hosted trade organisations and firms from across the sector including asset managers BlackRock, Hermes, Invesco, Schroders and Standard Life Aberdeen. Also in attendance were JP Morgan and other banks, insurers including Aviva, and other groups such as the London Stock Exchange Group. The CFRF set about developing practical tools and approaches to address climate-related financial risks, and will seek to encourage approaches to addressing climate change in the financial sector, including managing the financial risks it poses, as well as supporting innovation in green finance. (Business Green)

BNP Paribas Asset Management, the investment management arm of the French bank, is to stop investing in companies that obtain more than 10 percent of their revenue from thermal coal. The exclusion of such companies producing thermal coal and generating electricity from coal was announced on Thursday and will come into effect at the start of next year as part of the fund’s strategy to reduce economic risk within its portfolios as coal becomes uncompetitive as a fuel for power generation. BNP Paribas Asset Management, which had nearly 400 billion euros ($452.6 billion) of assets under management at the end of last year, said it will exclude companies that derive more than 10 percent of their revenue from mining thermal coal and/or account for 1 percent or more of total global production. Power generators with carbon intensity – the level of carbon emissions per unit of economic growth – above the 2017 global average of 491g of carbon dioxide per kilowatt hour (CO2/kWh) will also be excluded, it said. (Reuters)

Carlsberg CEO has his pay raise blocked after public criticism

The chief executive officer of Carlsberg A/S, Cees ’t Hart, is unlikely to get a pay rise this year as the board bows to public pressure to curb remuneration. Hart, whose total pay jumped 22 percent last year to about $8 million, will essentially have his salary frozen, according to Chairman Flemming Besenbacher. The decision follows criticism in local media. “Aside from marginal adjustments, we don’t expect to see increases in next year’s report, even if the results continue to be as strong as they’ve been in recent years,” Besenbacher said. Hart has spent his time at Carlsberg cutting debt and reducing costs, which has freed up cash that has underpinned shareholder rewards. Going forward, Besenbacher said Hart’s pay will depend on top-level growth at Carlsberg. Claus Wiinblad, the head of equity investments at ATP, said the fund “continues to be convinced that the total remuneration framework is too high” at Carlsberg, newspaper Borsen reported. “The variable pay is also at a high level”, he said. (Bloomberg)

The 6th Responsible Business Forum on Food & Agriculture, to be held in Bangkok, will convene over 400 food, agriculture and nutrition decision makers from companies, governments, financial institutions and NGOs. Delegates will share their knowledge and ideas, and partake in focused working groups to cultivate innovative solutions.

Register now at http://bit.ly/RBFThailand2019 and enjoy a member’s discount with this code: CORCRBFTH19D