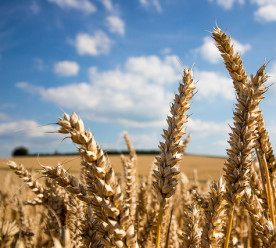 DJSI Yearbook Launched: RobecoSAM’s Sustainability Yearbook has been published today, containing for the first time a ranked list of every company assessed in the Dow Jones Sustainability Index (DJSI).

Five hundred million smallholder farmers worldwide account for 80 percent of global food production, yet 90 percent of them cannot access the latest seed varieties to cope with changing environments and help tackle hunger, reflecting slow progress by global seed producers to reach a core market, according to a new study. Published by the Amsterdam-based Access to Seeds Foundation, the report evaluates 13 leading global seed companies to highlight where the industry can do more to raise smallholder farmer productivity, improve nutrition and mitigate the effects of climate change through the development and dissemination of quality seed. While global seed companies are adapting their products to combat the impact of climate change and address nutrition needs, only one — Thailand’s East-West Seed — has a smallholder-centric approach and customer base made up almost entirely of smallholders. Privately-held East-West Seed leads the way in reaching this market in Asia, but increasingly in Africa too. It’s followed by Switzerland’s Syngenta AG and Germany’s Bayer AG. (PR Newswire)

Sugar giant Tate & Lyle has launched a new scheme to investigate the environmental impact of its stevia supply chain. Low-calorie alternatives to sugar have increased in popularity in recent years as a result of rising consumer interest in low-sugar diets. Stevia, the zero-calorie sweetener made from the stevia plant native to South America, is one of the most popular products on the market. However, its production has been linked to deforestation and water pollution in Peru, and huge growth in Chinese production of the sweetener has also prompted concerns over supply chain transparency and environmental production standards. Tate & Lyle said it is now working with its stevia grower Sweet Green Fields and environmental NGO Earthwatch to assess the sustainability of its current supply chain, with the resulting insights set to be used to “establish and spread sustainability best practice across its stevia supply chains”. (Business Green)*

EU legislation aiming to increase the stability and sustainability of European companies “could fail” because of a lack of awareness and readiness on the part of investors, governments and regulators, Hermes Investment Management has suggested. It commissioned a survey of European institutional investors to gauge levels of awareness and preparedness for the revised Shareholder Rights Directive (SRD II), and found that out of 175 respondents, 42 percent had not heard of it. SRD II introduces rules relating to asset managers and owners, for instance, making it easier for shareholders to exercise their rights and subjecting proxy advisers to transparency requirements. Hans-Christoph Hirt, head of Hermes EOS, Hermes’ engagement provider, said the directive was misnamed, being more about shareholder obligations than rights. In his view, the most important pillar of the legislation was the measures encouraging long-term engagement and transparency of stewardship activities. The directive will require asset owners and asset managers to have a shareholder engagement policy and report on their activities – or explain why they have not done so. (IPE)

China environmental crime arrests up more than 50 percent in 2018

China arrested 15,095 people for environmental crimes in 2018, up 51.5 percent from a year earlier, the country’s top prosecuting body said as it worked to improve compliance among local governments and enterprises. China has been trying to make better use of its police and judicial authorities to redress the damage done to its air, soil and water by four decades of breakneck economic growth. In 2018, authorities also prosecuted 42,195 people for a range of environmental offences such as illegal deforestation and land occupation, as well as unlawful mining and fishing activities, said Zhang Zhijie, a senior prosecutor with China’s Supreme People’s Procuratorate. President Xi Jinping vowed last year to use the full weight of the state to resolve longstanding environmental problems. Beijing has encouraged courts and police departments to establish dedicated environmental divisions, and other regulatory bodies are also under pressure to play a bigger role in punishing polluters. (Reuters)

Japanese sportswear giant Asics is set to run a garment recycling scheme across eight of the largest European running events that it sponsors, in a bid to slash its carbon footprint and encourage consumer behaviour change. The company unveiled plans this week to offer garment take-back services at eight European marathon events by the end of 2019, starting with the Barcelona Marathon on 10 March. Under the scheme, Asics will install branded collection banks at its stores in cities which are hosting the marathons. Garments donated will be processed by textile recycling firm I:CO, which will separate them for reuse or mechanical recycling, while consumers will receive a discount voucher as an incentive for participating in the scheme. As part of its ambition to reduce the carbon footprint related its products by 55% by 2030 – Asics will make all promotional apparel for the eight races using recycled or renewable materials. The most commonly used material in this range will be post-consumer recycled (PCR) PET, an Asics spokesman told edie. (Edie)