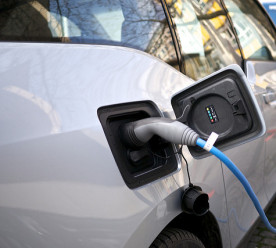 A group of international NGOs has demanded that Brazilian miner Vale SA be excluded from the UN’s corporate responsibility pact, following a mining dam burst that killed an estimated 300 people. A letter signed by more than 15 NGOs said that Vale failed to take proper safety measures at a tailings dam after it ruptured on Jan. 25, releasing a torrent of mud that buried workers and nearby communities. Organisations that signed the letter include Greenpeace Brasil, MiningWatch Canada and the Global Justice Clinic of New York University. The call for Vale to be expelled from the United Nations Global Compact, an agreement encouraging companies to adopt sustainable and socially responsible policies, is a symbolic step that signals growing international pressure on the company. Sao Paulo’s stock exchange has also removed Vale from its ISE sustainability index. Vale declined to immediately comment, but has previously said the dam had all necessary safety certificates and was declared sound by an independent auditor in September 2018. (Reuters)

Global energy demand to decouple from economic growth by 2035 – study

According to a report by McKinsey Energy Insights (MEI), global energy demand will decouple from economic growth for the first time by 2035. The report highlights that global energy demand will plateau by 2035, as developed OECD countries transition away from fossil fuels to green sources of energy. It is predicted that the renewable generation will account for more than half of global power supply post-2035, with oil peaking in the early 2030s and natural gas beginning its decline after 2035. During this time, MEI predicts “strong” GDP and population growth, marking the first time ever that global energy demand and economic growth will be decoupled. Despite the predicted fall in energy-related emissions, a 2°C pathway by 2050 envisioned by the Paris Agreement will “stay out of reach” according to the report. The report notes that technologies such as hydrogen could have a key role to play in driving the world towards the 2°C pathway, but that market prices for the technology would have to drop below $3.5 per kg, much lower than today’s retail price of $13.99/kg. (Edie)

The US Senate has passed a public lands conservation bill, designating more than one million acres of wilderness for environmental protection and permanently reauthorizing a federal program to pay for conservation measures. The Senate voted 92 to 8 in favour of the bill, offering a rare moment of bipartisanship in a divided chamber and a rare victory for environmentalists during the Trump administration. The bill designates 1.3 million acres in Utah, New Mexico, Oregon and California as “wilderness,” the most stringent level of federal land protection. It prohibits any development and the use of most motorized vehicles. The bill also creates less-stringent but permanent protections of land in Montana and Washington state. “This package gives our country a million acres of new wilderness, protects a million acres of public lands from future mining, permanently reauthorizes the Land and Water Conservation Fund and balances conservation and recreation for the long term,” said Representative Raúl Grijalva, who heads the House Natural Resources Committee. (New York Times)*

Electric cars are already cheaper to own and run, says study

Electric cars are already cheaper to own and run than petrol or diesel alternatives in five European countries analysed in new research. Researchers from the International Council for Clean Transportation (ICCT) said their report showed that tax breaks are a key way to drive the rollout of electric vehicles and tackle climate change and air pollution. The study examined the purchase, fuel and tax costs of Europe’s bestselling car, the VW golf, in its battery electric, hybrid, petrol and diesel versions. Over four years, the pure electric version was the cheapest in all places – UK, Germany, France, Netherlands and Norway – owing to a combination of lower taxes, fuel costs and subsidies on the purchase price. “Cost is not the only factor”, said Sandra Wappelhorst, from the ICCT. “While electric car owners can also benefit from reduced parking and road toll charges, they need to be confident there are sufficient charging points”, she added. (Guardian)

The winners of Vodafone’s Techstarter accelerator programme have been announced, showcasing startups which are developing technology for social good. The startups will share a fund of £300,000 to further develop their ideas and gain access to experts from Vodafone and the Social Tech Trust who will provide mentoring, coaching and commercial advice. Vodafone chose to focus on startups developing technology for social good to help further develop technologies that will improve health, education, the environment and social mobility. Some of the winners that will be supported by the Vodafone Foundation and Business include Wayfindr – a smartphone application which helps people who are visually impaired navigate indoor environments and Alice SI – a funding platform for social and environmental projects which uses blockchain technology to track exactly what donated money was used for. (Computer Weekly)

Image source: BMW i3 electric car by Kārlis Dambrāns on Flickr. CC BY 2.0.