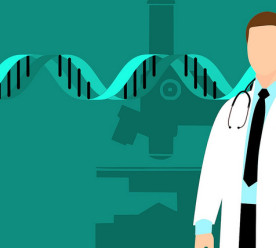 Mark Zuckerberg has claimed ignorance of Facebook’s relationship with a political consultancy that used an anti-Semitic narrative to undermine critics. Zuckerberg’s comments came in the aftermath of a damning report by the New York Times on Facebook’s response to recent crises, including the Cambridge Analytica scandal. The report exposed Facebook’s employment of Definers Public Affairs, a PR firm which spread a narrative claiming Facebook’s critics were agents of the billionaire George Soros. Soros is a Jewish philanthropist who is the frequent subject of anti-Semitic conspiracy theories. In a statement, Facebook said that characterising Definers’ narrative as anti-Semitic is “reprehensible and untrue”. “The… intention was not to attack an individual but to demonstrate that a group that was presenting itself as a grassroots effort was in fact funded by… was not in fact a spontaneous grassroots effort,” Zuckerberg said. “I have tremendous respect for George Soros.” (Guardian)

A new company co-founded by Harvard geneticist, George Church, wants to let people learn about their genome for free. The blockchain-secured service will sequence people’s genomes without charging a fee, and offer rewards to those who let third parties access their data. Consumers can already get their DNA sequenced by companies like 23andMe and Helix, but it typically costs a fee. If a user consents, their results can be sold to third parties such as pharmaceutical firms, but users don’t receive any compensation or reward for this. Nebula Genomics, which launched on November 15th, is intended to connect consumers interested in exploring their genetics with researchers looking for large DNA datasets to assist with drug development. The service offers to sequence user’s entire genome for free and secure it using a blockchain. Users can then share genomic data anonymously with companies or research institutes of their choosing, in return for “Nebula credits”. The platform hasn’t decided yet whether to allow users to tranfer credits into cash. (New Scientist)

Supermarkets flood Britain with 59 billion pieces of plastic each year

British households are bringing home an average of 38 pieces of plastic packaging a week from supermarkets, new research has found. The top seven major food retailers are responsible for putting 59 billion pieces of plastic into circulation each year, more than 2,000 for each household, figures from the Environmental Investigation Agency (EIA) and Greenpeace UK found. The leading supermarkets are also producing 1.1 billion single-use bags, almost one billion bags for life and 1.2 billion plastic produce bags for fruit and vegetables. However despite the alarming plastic footprint, half of the grocery retailers surveyed, including Tesco, Sainsburys and Waitrose have no specific reduction targets. Greenpeace UK Oceans Campaigner Elena Polisano said: “Plastic pollution is now a full-blown environmental crisis and our supermarkets are right at the heart of it.” (Telegraph)*

Michael Gove declares he will stay on as UK Environment Secretary

Michael Gove has decided to stay on as Environment Secretary with the Department for Environment, Food and Rural Affairs (DEFRA) after a tumultuous two days during which he was said to be agonising over whether to back the Prime Minister’s Brexit plans. Gove had given his backing to the Withdrawal Agreement during a Cabinet meeting on Wednesday, but was notably absent from media rounds on Thursday morning and there was intense speculation about whether or not he would join some of his Leave campaigning allies in quitting the government. Yesterday afternoon he was reportedly offered the job of Brexit Secretary following Dominic Raab’s shock resignation, but turned it down, further fuelling speculation he was considering exiting the Cabinet altogether. But sources close to the Minister confirmed minutes ago he would be staying at Defra. “Michael is staying at Defra,” a source close to Gove told reporters. “He thinks it is important to continue working with Cabinet colleagues to ensure the best outcome for the country.” (BusinessGreen)

Brazil’s president-elect Jair Bolsonaro has chosen a new foreign minister who believes climate change is part of a plot by “cultural Marxists” to stifle western economies and promote the growth of China. Ernesto Araújo – until recently a mid-ranking official who blogs about the “criminalisation” of red meat, oil and heterosexual sex – will become the top diplomat of South America’s biggest nation, representing 200 million people and the greatest and most biodiverse forest on Earth, the Amazon. The incendiary rhetoric echoes that of Bolsonaro, who won last month’s presidential election with about 57.7 million votes. The former army captain has since moved to put in place one of the world’s most far-right administrations and promised to align Brazil more closely to Trump and the US. Climate negotiation experts said the appointment was sad for Brazil and the world – though they held out hope that the new foreign minister will be more pragmatic when he comes to represent his country. (BusinessGreen)