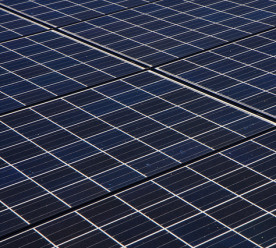 The European Parliament has voted to approve a set of new clean energy laws for 2030, outlining plans to increase the bloc’s use of renewable energy and ban the sale of high-emission biofuels made from palm and soybean oil. Further policy agreements agreed as part of the EU’s Winter Package include an aim to increase energy efficiency across the bloc by 32.5 percent, against a 2016 baseline, and measures to phase out some of the highest-emitting biofuels made from palm and soybean oil. The policies require each EU member state to present a 10-year integrated energy and climate plan with national targets, contributions and policies by 31 December 2019, and every 10 years thereafter. The European Council will then vote to approve or reject the proposals. Green Party MEP from France and co-rapporteur on the governance regulation, Michèle Rivasi, called the new piece of legislation “historic”. (Edie)

The chief executive of Flipkart, the Walmart-controlled Indian ecommerce company, has stepped down following an allegation of sexual misconduct and a finding of what Walmart called a “lack of transparency” in how he responded to the claim. The allegation against the company’s founder, Binny Bansal, relating to conduct several years ago, came to Walmart’s attention in July, two months after it agreed to pay $16 billion for a majority stake in Flipkart, according to people familiar with the situation. Walmart said in a statement on Tuesday that Mr Bansal had announced his resignation following an independent investigation into what it described as “serious personal misconduct” carried out on behalf of Flipkart and the US retailer. It said that Mr Bansal had strongly denied the accusation. (Financial Times)*

The publication of the first official policy guidance for Chinese investors on integrating environmental, social and governance (ESG) factors has been hailed as “a potential game-changer” for one of the world’s fastest-growing economies. The Green Investment Guidelines set voluntary principles and standards for several aspects of green investment activities, including investment methodologies, investing strategies, regulations, benchmarks and evaluation. The Asset Management Association of China published the guidelines, under the supervision of the China Securities Regulatory Commission. They will enter into force following final approval by the country’s legislature. The Green Finance Leadership Programme (GFLP) said the move will help “shift the market attitude away from the current short-termism toward one that is centred [on] long-term value investment, as well as establishing a much-needed code of conduct for China’s current and would-be green investors.” (Environmental Finance)*

Sweden’s AP4 – one of the country’s four main national pensions buffer funds – has said deciding not to invest in tobacco companies has boosted its financial results. The SEK367 billion (€35.7 billion) pension fund said it took the business decision not to invest in tobacco companies in 2016, because it assessed that rising long-term risks would adversely affect the tobacco companies’ valuations in the future. Tobias Fransson, head of strategy and sustainability at the fund, told IPE that since AP4 sold tobacco stocks in June 2016 from its global equity portfolio – which is benchmarked against the MSCI World index – the sector had fallen by 6 percent while the index as a whole had increased by 34 percent. “By participating in this initiative, we hope to prove to others that it is profitable to integrate sustainability aspects into investments,” said AP4’s chief executive, Niklas Ekvall. (IPE)

France intends to stop importing soy, palm oil, beef, wood and other products linked to deforestation and unsustainable agriculture by 2030, shooting ahead of the rest of the EU. The new national strategy will use trade to help decouple economic development from unsustainable agricultural practices in poorer countries. The strategy also plans to help companies meet their own goals for combatting the import of products linked to deforestation and encourage financiers to take environmental and social issues into account for investment decisions. According to the strategy, Europe’s imports of agricultural products are responsible for more than a third of deforestation. “The EU and others need to follow suit, because France can’t tackle deforestation alone,” said Nicole Polsterer, campaigner at the environmental NGO Fern. “Only the European Commission can ensure that all member states’ trade is free from violations of land tenure rights and deforestation.” (Climate Change News)