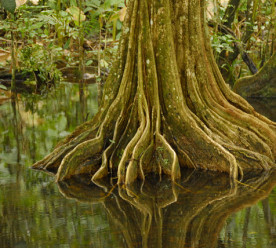 Cities, regions, and business leaders from around the world have pledged to decarbonise the construction industry by committing to deliver net zero carbon buildings by 2050. The pledge, which was orchestrated by the World Green Business Council (WorldGBC), a network of almost 70 national Green Building Councils (GBCs), was launched at the Global Climate Action Summit in California. The pledge sees signatories sign up to targets for the building and construction sector to eliminate operational carbon emissions from their building portfolios by 2030. WorldGBC announced that 37 organisations have now joined its Net Zero Carbon Building Commitment, including 11 businesses, 22 cities, and four international states and regions. Businesses involved include Middle East property developer Majid Al Futtaim, global engineering firm Integral Group, lighting manufacturer Signify, and residential property developer Berkeley Group. The combined pledges would eliminate 192 million tonnes of carbon emissions equivalent from buildings by 2050, according to WorldGBC. (BusinessGreen)

A new interactive website, eu.trialstracker.net, shows that 49 percent of clinical trials on the EU clinical trials register have not reported results. EU rules say clinical trial results must be reported onto the EU register for every trial there within 12 months of the end of the trial, and within six months of completion for trials involving children. Only 51 percent of trials on the register are currently complying with this. No one has ever been sanctioned for breaking the European rules. The EUTrialsTracker also shows that European academic institutes are lagging far behind companies in complying with the reporting rules – 68 percent of company-sponsored trials that are due to report results onto the register have but only 11 percent of academic trials have. Companies with trials due to report include Mundipharma, Alcon, Teva, Baxter and Biogen. (AllTrials)

Apple invests in a huge mangrove forest in Colombia

Apple is investing an undisclosed amount to protect and restore mangroves in a 27,000-acre forest in Colombia. At the Global Climate Action Summit in San Francisco, 13th September, Apple’s vice president of environment, policy, and social initiatives, Lisa Jackson, told an audience “these forests are critical because they’re one of nature’s most important tools in the battle against climate change–they can absorb and store up to ten times more carbon than a terrestrial forest.” The project, which will involve both planting trees in degraded areas and preserving the trees that still exist, will help capture an estimated 1 million metric tons of CO2 emissions over its lifetime. In its first two years, it will reduce emissions around 17,000 metric tons–roughly the same amount as the emissions from the cars that will update Apple Maps over the next decade, making the program carbon neutral for the company. (FastCompany)

The North Face adds products made through regenerative agriculture

The North Face has expanded a line of clothing and accessories made from wool produced in California using regenerative agriculture practices. The retailer says that the material for its Cali Wool Collection has a net negative carbon effect at the ranching stage of production. To source the wool for the Cali Wool Collection, The North Face works with Bare Ranch in Surprise Valley, California, and Fibershed, a non-profit that develops regional and regenerative fibre systems on behalf of independent working producers, the company explained. Fibershed’s Climate Beneficial Wool, the material used for the collection, comes from grass-fed, fibre-producing animals that graze on land where carbon farming practices are implemented. The non-profit’s list of approved soil carbon building practices, includes wetland restoration, windbreak renovation, and biomass planting. This growing demand for sustainable products helped lead the company to expand their Cali Wool Collection this fall to a unisex scarf as well as men’s and women’s jackets. (EnvironmentalLeader)

Single-use plastic bottles banned from half marathon in London

Single-use plastic will be completely banned from a running event for the first time in London this weekend. The Harrow half marathon, taking place on Sunday 16th September, will rehydrate runners at water stations along the 13.1 mile course with Ooho sachets. The biodegradable sachets made from a seaweed based membrane, will give runners the option to either nip the edge or consume the capsule in its entirety. Runners will not be able to refill their own bottles, though regular water and biodegradable cups will be available as a backup in case of exceptionally high demand. The move comes as running event companies tackle the issue of plastic wastage at races across the UK. The makers of Ooho claim that their sachet will biodegrade within six weeks, and claims it has solved the plastic pandemic we are currently facing. (Edie)