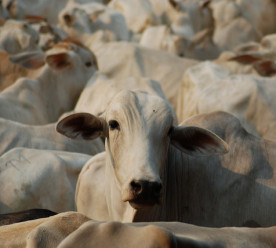 U.S. chairman of PwC, Tim Ryan, wants workers to try to understand how black colleagues might be feeling after a police officer shot and killed Botham Jean, a 26-year-old associate in PwC’s risk assurance department. “Emotions are raw not only in Dallas but across the firm,” Ryan said in an email on 11th September to employees. “It is important that we all take time to understand the experiences our underrepresented minorities – and especially, in this situation, our black colleagues – experience in everyday life so that we can all be better co-workers, friends and allies.” PwC, which has 50,000 employees in the U.S., has encouraged workers to talk about difficult topics in the workplace in the past. PwC will observe a moment of silence on Thursday afternoon, coinciding with Jean’s funeral, which Ryan will attend. (Bloomberg)

More than 40 investors with around $6.4 trillion of assets under management have called on companies sourcing beef and related cattle products to mitigate and eliminate deforestation from their supply chains in a joint statement issued late last week. The statement highlights how beef production has been responsible for 65 percent of gross tropical deforestation between 2001 and 2009 and is one of the fastest-growing contributors to global greenhouse gases. It points to the knock on financial risks posed by deforestation to food and agribusiness companies and their investors and calls on them to: boost awareness and governance of these risks; publicly-disclose commodity specific deforestation policy covering their entire supply chains; ensure traceability across cattle supply chains; develop monitoring and verification processes to ensure supplier compliance. The 44 investors signing the statement include global financial giants such as Aberdeen Standard Investments, Aegon Asset Management, HSBC Global AM, and BNP Paribas AM. (BusinessGreen)

Seven organizations have joined together to produce a global annual environmental, social and governance report on progress toward meeting the Task Force on Climate-related Financial Disclosure recommendations. Institutional investors globally will be directly reporting and sharing progress made toward the goals of the 2015 Paris Agreement. In San Francisco on 12th September, the Asia Investor Group on Climate Change, CDP Worldwide, Ceres, Investor Group on Climate Change, Institutional Investors Group on Climate Change, Principles for Responsible Investment and United Nations Environment Program Finance Initiative announced they had joined forces to deliver information on ESG to the asset owner community via the newly launched Investor Agenda. The organizations represent 392 investors with $32 trillion in assets under management that will capture investment, corporate engagement, investor disclosure and policy advocacy data. (Pensions&Investments)

Theresa May stands accused of “foot dragging” over appointing a new anti-slavery tsar after it emerged the key independent post will sit vacant for half-a-year. Last year, there was a 300 percent increase in the number of modern slavery victims referred for support, with experts estimating 13,000 could be suffering under slavery offences. The Government’s response to the sharp uplift has been mired in criticism. During a recent trade mission to Nigeria, the Prime Minister vowed to foreign dignitaries she would tackle soaring levels of trafficking and trumpeted new initiatives. Stephanie Peacock, Labour MP for Barnsley East, said May’s pledge to African nations to tackle the crime stands “in stark contrast to her ministers’ foot-dragging.” “To lose one independent commissioner might be unfortunate, but to have two entire commissions vacant for the best part of a year starts to look careless,” Peacock said. (HuffingtonPost)

SIMEC Atlantis Energy has unveiled plans to develop 2MW tidal power turbines, which it claims would be the “largest and most powerful” in the world. The UK-based tidal energy developer revealed late last week that its next generation single axis rotor turbine would be capable of accommodating rotor diameters of between 20-24 metres, depending on the site, while only reducing rotor speed by less than one metre per second. For a machine with a 20-metre rotor, that would mean a maximum power output of 2MW at 3.05 metres per second, the company explained. The AR2000 turbine has been in development for two years and builds on the deployment of the firm’s AR1500 turbines at the MeyGen project in Scotland, which began generating power for the grid last year. (BusinessGreen)

The Sustainability Reporting & Communications Summit will tackle the core issues the industry faces in the drive to a more inclusive, sustainable society. Hear and learn from the best in European sustainability reporting in October [10-11].

Business is undertaking a shift, with momentum building to shift away from a short-term mindset and towards a long-term, sustainable economic model. To reach the 2-degree target and impact upon the SDGs businesses are required to disclose accurate data to showcase future risks and enable long-term value creation.