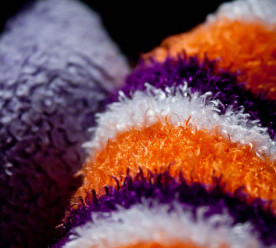 British pension trustees will be required to show scheme members how they account for a range of financially material risks such as those related to climate change when investing, under new rules announced on 11th September. The rules, which come into force on 1st October 2019, will force trustees of defined contribution schemes to produce a statement of investment principles that shows how they will consider environmental, social, governance and other similar risks in their investments, the Department for Work and Pensions said. Pressure group ShareAction said the new rules would give “a new level of protection” to the millions of people automatically enrolled into company pensions in recent years. “This is a major development, …and we commend the government on this action to protect UK pension savers,” Catherine Howarth, Chief Executive at ShareAction, said. (Reuters)

A new survey carried out by HSBC has found that less than 10 percent of investors and companies are aware of the Taskforce on Climate-related Financial Disclosures (TCFD), which last year issued guidelines on how businesses should report on material risks arising from climate impacts and the low carbon technology transition. HSBC conducted direct interviews with over 1,700 senior executives at companies looking to raise funds and large scale institutional investors. The average size of companies surveyed was $23.8 billion in market cap, while the investors polled boasted average assets under management nearly $180 billion. Despite being from the constituency directly targeted by the TCFD’s recommendations on how to improve climate-related disclosures, only eight percent of companies and 10 percent of investors were aware of the taskforce’s existence. (BusinessGreen)

Report: Fashion industry accounts for more than a third of ocean microplastics

More than a third of all microplastics released into the oceans are from synthetic textiles used in the fashion industry, according to a new report entitled ‘Engineering Out Fashion Waste’. Research by the International Union for the Conservation of Nature (IUCN), cited in the report, calculated that 34.8 percent of releases of microplastics in the oceans are due to the laundry of synthetic textiles. Each time an item of clothing is washed, up to 700,000 microscopic fibres make their way into the oceans where they can be swallowed by sea life, becoming part of the food chain and potentially ending up on consumers’ plates, The Institution of Mechanical Engineers has warned. The report calls on the government and the fashion industry to incentivise the development of more environmentally-friendly fibres and tackle textile-related plastic waste as “a matter of urgency”. (BusinessGreen)