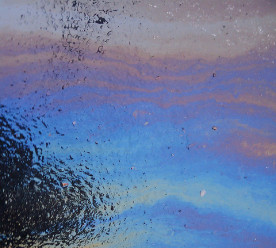 The United Nations Global Compact has launched a new digital learning platform to help companies become more sustainable. The UN Global Compact Academy is designed to provide businesses with the knowledge and skills they need to meet their sustainability objectives, mitigate business risks and achieve long-term growth by contributing to the 2030 Agenda for Sustainable Development. The learning experience gives participants access to expert-led and interactive how-to sessions, e-learning courses and a global community of sustainable businesses. The sessions provide practical guidance for companies on aligning their business strategies and operations with the Ten Principles of the UN Global Compact and the Global Goals. CEO and Executive Director of the UN Global Compact, Lise Kingo, said “through the Academy, we’re answering the call from business to provide more guidance to help them implement a principles-based approach to sustainable development.” (3BLmedia)

Supermarket chain Morrisons is facing equal pay claims worth over £1 billion ($1.30 billion), law firm Leigh Day said on Tuesday 12 September, seeking compensation for women who believe they were paid less than men in distribution centres. Leigh Day said in a statement that Morrisons has around 80,000 store staff eligible to claim, which could result in a bill for back pay of over £1 billion if the retailer’s action are found unlawful. “We believe that Morrisons, as with the other major supermarkets, has underpaid those working in its stores for a number of years,” Emma Satyamurti, a partner in Leigh Day, said in the statement. “The big four supermarkets in the UK make vast amounts each year in profits – it is time that they faced up to their legal obligations under Equal Pay legislation.” (Reuters)

The funds committed to fossil fuel divestment now total more than $6 trillion (£4.6 trillion), with almost 1,000 institutional investors having made the pledge, according to a new divestment report. The report, by Arabella Advisors, calculates that investors with $6.2 trillion in assets under management have committed to divest from fossil fuels, up from $5.2 trillion in the previous report in 2016. The report noted that the American Medical Association (AMA) and the UK’s Royal College of General Practitioners had both divested. The sell-off of coal, oil and gas investments is led by the insurance industry, with $3 trillion of funds. But it also now includes the first nation to divest, Ireland, as well as major cities including New York and key medical organisations. Major oil companies such as Shell have this year cited divestment as a material risk to its business. (Guardian)

U.S. regulators have rejected Wells Fargo & Co’s plan to repay customers who were pushed into unnecessary auto insurance, telling the bank it must do more to ensure it has found and compensated every affected driver, three sources told Reuters. The rejection is the latest wrinkle in Wells Fargo’s long-running sales scandal, which began in September 2016 with revelations that the bank had opened perhaps millions of accounts in customers’ names without permission. Wells Fargo gave regulators the plan in June 2018, as required by a $1 billion settlement the bank reached with the Consumer Financial Protection Bureau (CFPB) and the Office of the Comptroller of the Currency (OCC) in April 2018. After reviewing the plan – which could involve contacting some 600,000 drivers – the OCC told Wells Fargo it needed more assurances that the bank would find and repay everyone who was overcharged, said the sources, who were not authorized to speak publicly about the rejection. (Reuters)

Report: Fossil fuel demand to peak in the 2020s due to clean energy growth

A new report from think tank Carbon Tracker has concluded that the global transition to clean energy and low-carbon technologies is set to be much quicker than previously expected, with worldwide demand for fossil fuels set to peak in the 2020s. The report, entitled 2020 Vision: Why You Should See Peak Fossil Fuels Coming, predicts that global fossil fuel demand will peak between 2020 and 2027 – most likely in 2023 – as the cost of renewable installations and battery storage technology falls. It notes that the policy and business landscapes are beginning to align in a way which will enable renewables to thrive, with emerging economies beginning to pursue clean energy as governments introduce policies aimed at slashing emissions, controlling climate change and reducing air pollution. Carbon Tracker’s energy strategist Kingsmill Bond, who authored the report, said that the findings of the study prove that fossil fuel demand is “entering structural decline” for the first time in 200 years. (Edie)