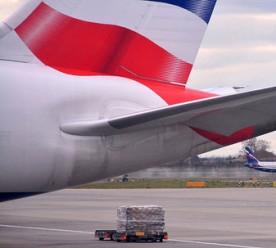 Wall Street is adding a new “Weinstein clause” to deals

Wall Street advisors are adding guarantees to certain merger agreements, known as “the Weinstein clause”, in light of the sexual misconduct scandals that have enveloped the producer Harvey Weinstein and other high-profile businessmen – ones that legally vouch for the behaviour of a company’s leadership. The move is particularly noteworthy given its source: the male-dominated world of M&A advisory where the terms of an offer can make or break a bid. In some cases, buyers have even negotiated the right to claw back some of the money they paid if subsequent revelations of inappropriate behaviour damage the business. “Social due diligence is becoming more and more important and, particularly for founder-centric businesses, money is being put aside to address #MeToo issues,” said Gregory Bedrosian, chief executive officer of boutique investment bank Drake Star Partners. (Bloomberg)

California has gone on the offensive against the Trump administration’s plan to weaken fuel-efficiency rules for cars, laying out a scathing rebuttal that the state’s clean-air regulator said would shape the battle with Washington in the coming months and years. The state’s target is a proposal to let cars pollute more while stripping California of its right to set its own air-quality rules. The clash between California and Washington threatens to throw the United States auto market into disarray. Because California has the authority under the Clean Air Act to set its own air pollution rules, and because a dozen other states follow its lead, the dispute could effectively split the nation’s market into two, one side adhering to stringent emissions rules set in Sacramento and the other to weaker federal standards. (New York Times)

Twitter founder Jack Dorsey has defended his company’s decision to continue publishing the controversial tweets of the American conspiracy theorist Alex Jones, saying Jones’s content “hasn’t violated our rules”. Facebook, Apple, YouTube and Spotify have all banned Jones from their platforms, saying he promoted hate speech and violence, but Twitter has allowed Jones to continue posting. Dorsey said the company was committed to promoting “a healthy conversational environment” – which included Jones. “If we succumb and simply react to outside pressure, rather than straightforward principles we enforce (and evolve) impartially regardless of political viewpoints, we become a service that’s constructed by our personal views that can swing in any direction. That’s not us.” An increasing number of Twitter users have started campaigning for the site to bar Jones, who promoted the theory that the Sandy Hook massacre was faked by left-wing forces to promote gun control. (Guardian)

The UK government’s approval of a third runway at London Heathrow Airport is being challenged by environmental campaigners, with Friends of the Earth having announced that will file legal papers against the decision. The global charity takes issue with the Airports National Policy Statement (NPS) released alongside the approval decision. Campaigners argue that the NPS fails to explain how building the runway is compatible with the UK’s legally binding climate change targets, or its commitments under the Paris climate agreement. There is little mention of the impact from other greenhouse gases, such as nitrogen oxide, which also contribute to dangerous climate change. Friends of the Earth’s director of campaigns Liz Hutchins said: “The government’s airports strategy completely ignores its obligations to tackle climate change – this is short-sighted, incredibly reckless and we believe it is unlawful.” (Climate Action Programme)

Aldi, German discount supermarket chain, is set to secure “carbon neutral” status in the UK and Ireland in 2019 following investments in green technologies and energy efficiency, including the installation of 388 solar panel systems since 2012 and a £20 million investment to upgrade its fridges, freezers and other appliances with greener equipment. The investments are also backed by a deal to secure 100 percent renewable electricity for its sites. To achieve “carbon neutral” status, Aldi said it will buy carbon credits to offset its remaining emissions from 2019. “Becoming carbon neutral is a key part of our Corporate Responsibility commitments,” said Fritz Walleczek, Aldi’s managing director of corporate responsibility. “We are continually reviewing our operations to reduce emissions and be kinder to the environment, while also future-proofing our growing store portfolio for many years to come.” (BusinessGreen)