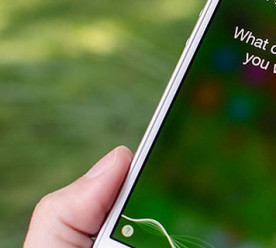 The World Wide Fund for Nature (WWF) set up a fake online ivory shop in Singapore, attracting widespread condemnation, in a stunt to underline local laws which it says continue to facilitate illicit ivory trade globally. A week after the launch of Ivory Lane, which purported to sell vintage ivory jewellery items through an online store and social media accounts, WWF unveiled it was behind the stunt. WWF said the campaign “sparked a heated debate on wildlife trade, national legislation and enforcement in Singapore” garnering 65,000 reactions on social media. Singapore banned the commercial import and export of ivory in 1990, although ivory that entered the market before 1990 is still permitted for sale in the city-state. WWF says this continues to facilitate illicit ivory trade globally as recently poached ivory could masquerade as vintage ivory. (Reuters)

The International Integrated Reporting Council (IIRC) has launched a new academic database bringing together over 200 studies that highlight both the ramifications of adopting integrated reporting techniques and emerging best practices. Integrated reporting is a more holistic form of reporting that presents a company’s long-term value creation story. The free database includes a wide range of studies and papers exploring how integrated reporting that brings together financial and non-financial metrics, including environmental and social data, leads to increased stock liquidity, better performance, higher market valuation and a longer-term investor base for the businesses that adopt it. Speaking at the launch of the database at the American Accounting Association Annual Meeting in Washington DC, the IIRC’s CEO Richard Howitt will say the business case for integrated reporting is more compelling than ever. (BusinessGreen)

Apple tells US lawmakers iPhones are not listening in on consumers

Apple has told US lawmakers that its iPhones do not listen to users without their consent and do not allow third-party apps to do so either, after lawmakers asked the company if its devices were invading users’ privacy. Representatives Greg Walden, Marsha Blackburn, Gregg Harper and Robert Latta wrote to Apple’s chief executive Tim Cook and Alphabet Inc chief executive Larry Page in July, citing concerns about reports that smartphones could “collect ‘non-triggered’ audio data from users’ conversations near a smartphone in order to hear a ‘trigger’ phrase, such as ‘Okay Google’ or ‘Hey Siri.’” In a response letter Apple said iPhones do not record audio while listening for Siri wakeup commands and Siri does not share spoken words. Apple said it requires users to explicitly approve microphone access and that apps must display a clear signal that they are listening. (Reuters)

Property giant Landsec has signed up more than 90 retail brands to a new campaign offering consumers free water refills across its major shopping destinations. The Refill ME initiative is now underway in 12 Landsec shopping centres, where visitors can request a free water refill from branches of Caffé Nero, Costa, Lush, McDonald’s and Pret A Manger. A survey of 520 shoppers, conducted on behalf of Landsec, found that 59 percent of UK adults would feel uncomfortable asking for free refills of water without making a purchase in store. Around the shopping centres participating stores will display a sticker declaring their involvement in the refill scheme, while displays in the public spaces will also promote the scheme. Landsec plans to roll the Refill Me campaign out across its entire portfolio of shopping centres, outlet malls, and leisure parks by 2020. (BusinessGreen)

Drugmaker AstraZeneca has agreed to pay $110 million to settle lawsuits brought by the state of Texas claiming that it fraudulently marketed the antipsychotic drug Seroquel and Crestor for high cholesterol. The largest settlement, totalling $90 million, resolves allegations the drugmaker encouraged doctors to use Seroquel for unapproved uses. A second settlement for $20 million covers allegations it misrepresented the benefits of Crestor. Texas Attorney General Ken Paxton, announcing the settlements, said the alleged actions were “especially disturbing because the well-being of children and the integrity of the state hospital system were jeopardized”. Texas had sought $5 billion under the lawsuits, claiming the company had falsely and misleadingly marketed the two drugs in violation of the Texas Medicaid Fraud Prevention Act. AstraZeneca has denied any wrongdoing. (Reuters)