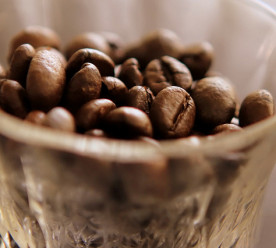 Report: Robot workers predicted to lead to a surge in slavery in south-east Asia

Robots are predicted to slash millions of jobs and create an upswing in trafficking and slavery across south-east Asia, according to a report from Verisk Maplecroft. “There has been a lot of discussion about the impact of robot automation on jobs but less on the resulting human rights abuses that are likely to follow,” said Dr Alex Channer, analyst at Verisk Maplecroft. “We know that in a couple of decades, robot manufacturing will replace many low-skill jobs. Displaced workers without the skills or capacity to adapt will have to compete for a rapidly diminishing supply of low-paid work in potentially exploitative conditions. This will lead to increased risks of slavery and trafficking across a region already vulnerable to these kind of abuses.” (Guardian)

EU urged to draft law on child labour, deforestation in coffee and cocoa

The European Union must set mandatory rules to tackle child labour and deforestation in the cocoa and coffee sectors, after years of voluntary action has failed to spur widespread change, according to stakeholders and policymakers. As a top importer of cocoa and coffee, the bloc must take firmer action to tackle child labour and forest degradation in these supply chains, speakers told a European Parliament hearing on the issue. “We are not on track,” said Antonie Fountain of the Voice Network, an association of NGOs and trade unions working on sustainability in cocoa. “We’re nowhere near where we need to be. “To effectively address the issue, the EU must set mandatory standards, possibly including due diligence legislation forcing companies to look for child labour and deforestation within their supply chains, MEPs and NGOs said. (Thomson Reuters Foundation)

Airbnb frequently touts its economic impact in “diverse” neighbourhoods, saying guests spend money locally and boost businesses in areas tourism is not already prevalent. However, a new study from Purdue University has found that white neighbourhoods – not their black or Latino counterparts – in the US are the ones most likely to benefit from an influx of Airbnb guests. Focusing on New York City researchers found that neighbourhoods experiencing rapid Airbnb growth typically saw a growth in restaurant employment and a surge in their share of Yelp reviews by visitors to New York. But restaurants in predominantly black or Latino neighbourhoods with high rates of Airbnb bookings did not see a corresponding increase in employment and Yelp reviews. The researchers subsequently expanded their study to five other cities and found similar patterns in Austin, Chicago, Los Angeles, Portland and San Francisco. (Washington Post)

A global network of big-name companies including Mars, Asda and Primark have unveiled a new set of metrics to help other organisations identify, measure, and value impacts and dependencies on natural assets, raw materials and natural infrastructure. The Healthy Ecosystem Metric concept, from the Natural Capital Impact Group, aims to help companies across all sectors improve their long-term sustainability efforts by assigning value to natural resources such as water and clean air. Applicable to any industry, the metric can be implemented across global supply chains, complementing existing approaches that organisations use to evaluate climate risks and economic opportunities. “The Healthy Ecosystem Metric will, for the first time, provide companies with an indication of the magnitude of the impact they are having and where there are opportunities to reduce their impact through their operational decision making,” Cambridge Institute for Sustainability Leadership (CISL)’s Gemma Cranston, said. (edie)

A new £500 million fund has been set up in London to help businesses invest in energy-saving technologies. The new Mayor’s Energy Efficiency Fund (MEEF) was developed with financial support from the European Union. It is hoped that public sector buildings and small businesses will use the fund to make vital upgrades to their infrastructure. The money can be used on a wide range of measures, including small-scale renewables, battery storage, and stronger insulation. The Mayor of London, Sadiq Khan, has spearheaded the plan as a way of cutting energy bills and reducing carbon emissions in the capital. Mr Khan said: “This is the largest fund of its kind in the UK that will help deliver the low-carbon, sustainable projects and infrastructure London needs to cut energy costs and reduce carbon emissions across our universities, hospitals, museums and small businesses.” (Climate Action Programme)