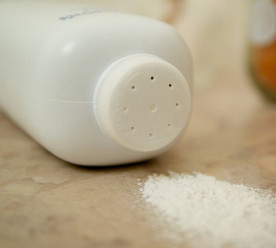 Almost three-quarters of UK consumers would rather buy products from companies that use renewable power than from those which do not, according to a new survey carried out on behalf of Danish energy firm Ørsted. The poll of 500 men and women in the UK found 73 percent would choose to buy a wide range of goods, such as food, drink, clothing, electronics, and beauty products, from retailers that use renewable energy over those which do not. Additionally, roughly one in four respondents said they would be willing to pay more for products sold or produced by companies using 100 percent renewable energy. Jeff Whittingham, managing director of Ørsted sales UK, said the findings indicated there was a strong commercial benefit for pursuing a cleaner, greener business strategy. (BusinessGreen)

Nevada execution blocked after drugmaker protests use of its sedative

The execution of a condemned killer has been stayed after a pharmaceutical company sued to block the use of one of its drugs in the lethal injection process. Alvogen, which said the Nevada Corrections Department had obtained the sedative midazolam illegitimately, won a court order barring it from being administered to Scott Dozier in the state’s newly devised and untested three-drug execution protocol. Another judge has formally issued an indefinite stay of the execution. Alvogen is the second US drugmaker since 2017 to take legal action against a state using one of its products to administer capital punishment, saying the brand would be tarnished by association with the process of putting people to death. In its lawsuit, privately held Alvogen said use of its product midazolam for an execution would cause “irreparable injury” to “its reputation and its goodwill.” (Reuters)

Johnson & Johnson has been ordered to pay $4.69 billion to 22 women and their families who had claimed that asbestos in the company’s talcum powder products caused them to develop ovarian cancer. A jury in a Missouri circuit court awarded $4.14 billion in punitive damages and $550 million in compensatory damages to the women, who had accused the company of failing to warn them about cancer risks associated with its baby and body powders. Johnson & Johnson called the verdict “the product of a fundamentally unfair process” that combined 22 women with few connections to Missouri into a single group of plaintiffs in St. Louis. The company “remains confident that its products do not contain asbestos and do not cause ovarian cancer and intends to pursue all available appellate remedies,” it said in a statement. (New York Times)

Ireland to become first country to divest from fossil fuels

Ireland is set to become the first country in the world to divest from fossil fuels, after a bill was passed that requires its sovereign wealth fund to sell off its holdings in fossil fuel companies “as soon as is practicable”. “We have had a very carbon-based economy and society for a number of years, so this is a huge change for us, but it has to happen,” said Thomas Pringle, the independent parliamentarian who sponsored the legislation. Under the new law, the Ireland Strategic Investment Fund, which has €8.9 billion under management as well as holding the government’s stakes in AIB and the Bank of Ireland, will be barred from investing in any company or project that derives more than 20 percent of its revenue from fossil fuels, defined to include coal, oil, natural gas and peat. (Financial Times*)

Apple has announced a $300 million fund to promote clean energy in China, with the purpose of the fund being to boost the use of renewable energy in its supply chain. The company and 10 of its key suppliers and manufacturing partners, including Corning, Pegatron, Wistron and Luxshare Precision Industry, will contribute to the fund over the next four years. The money will go toward developing projects totalling a gigawatt of renewable energy in China, Apple said. In 2015, Apple committed to using clean energy in its supply chain and has said it hopes to create 4 gigawatts of renewable energy globally by 2020. Earlier in 2018, the company also helped aluminium suppliers Alcoa and Rio Tinto Aluminium kickstart development of a new technology that eliminates greenhouse gas emissions during production, which is expected to be ready by 2024. (Bloomberg)