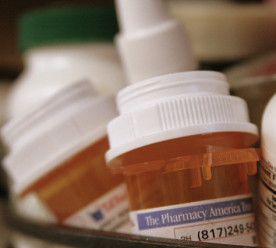 A handful of the world’s biggest drugmakers are cancelling or reducing planned price increases in the US, following a new California drug pricing transparency law and continued political pressure over pharmaceutical costs. The California law, which began to take effect earlier in 2018, requires drugmakers to give insurers, governments and drug purchasers advance notice of large price increases, as a way of publicly pressuring pharmaceutical companies to keep prices down. In the past three weeks, Novartis, Gilead Sciences, Roche Holding and Novo Nordisk sent notices to California health plans rescinding or reducing previously announced price hikes on at least 10 drugs. The California measure is among the most aggressive efforts by states to peel back the secretive process of setting drug prices. The law requires pharmaceutical companies to notify insurers and government health plans at least 60 days before planned price increases of more than 16 percent during a two-year period. (Bloomberg)

According to a report by risk analysis group Chain Reaction Research (CRR), major agribusiness firms are using opaque corporate structures to gain access to palm oil sourced from plantations operating in violation of their sustainability commitments. The report alleges that large conglomerates in Southeast Asia’s plantation sector often deliberately hide the true ownership of controversial assets without relinquishing control. As a result, deforestation takes place at plantations that belong to the same ultimate owners as firms that subscribe to No Deforestation, No Peat, No Exploitation (NDPE) sourcing policies. The CRR report names Sawit Sumbermas Sarana, Gama, Bintang Harapan Desa, and the Fangiono, Tee, and Salim family business groups as some of the culprits. The use of opaque ownership structures in the palm oil sector threatens to “delegitimize the NDPE efforts,” according to CRR, while minority investors and financiers of the companies may also face reputational and market risks if linked to the practice. (Mongabay)

Facebook has been hit with its first financial penalty over the massive data leak to Cambridge Analytica after a UK watchdog accused the social network of breaking the law. The fine was issued as part of a stinging report from Britain’s Information Commissioner’s Office, which issued the maximum fine allowable under old data protection laws, £500,000. It accused Facebook of not protecting user data and failing to be transparent about how it shared information with third parties. it shared information with third parties. The ICO investigation also shone new light on the extent to which political parties were using personal data sold on by data brokers without consent. Elizabeth Denham, the UK information commissioner, said the ICO had been “astounded” by the amount of personal data in the possession of Britain’s political parties. (Financial Times*)

Prince Charles is launching a major research initiative with the University of Cambridge, addressing the challenges of a time “full of uncertainty” by bringing businesses and academic together in fields such as health and the environment. The scheme will create 12 new research fellowships at the University of Cambridge, each targeting a specific sustainable development issue, with £3.6 million in funding from partners in industry. These Prince of Wales Global Sustainability Fellowships will focus on major global problems, linked to the United Nations’ Sustainable Development Goals. “In a world full of uncertainty, we do need, more than ever, the best and most objective research that universities can provide,” the Prince of Wales is expected to say, when the scheme launches. Among the businesses supporting the scheme are Unilever, Sainsbury’s, Astra Zeneca, Anglian Water and the Equal Opportunities Foundation. (BBC)

Global carpet and flooring giant Interface has become the latest corporate to join the Manufacture 2030 initiative, which helps companies to drive efficiencies, cut emissions and reduce resource use across supply chains. Interface said it planned to share its best practice from 20 years’ experience in boosting resource efficiency with other manufacturers via the online Manufacture 2030 Community platform. Moreover, the firm plans to provide a group of its key suppliers with access to the ‘M2030 bee’, a cloud-based tool designed to make it easier for manufacturers to improve the resource efficiency of their operations. Erin Meezan, chief sustainability officer at Interface, said the Manufacture 2030 initiative represented “a great opportunity to engage with other manufacturers as we take the next step in our journey”. The company will share best practice and knowledge with other Manufacture 2030 partners, including Johnson & Johnson, Mars, Co-Op, US Department of Energy, and the University of Cambridge. (BusinessGreen)

In San Diego this November, Ethical Corporation’s Responsible Business West Summit (Nov 12-14, San Diego) will bring together 400+ CEOs and heads of business to share ideas on how to navigate the issues facing digital-first business. This will be a must-attend event for businesses tackling ethics and responsibility in a digitalised world.

Register here quoting CC200 to receive £200 off your ticket.