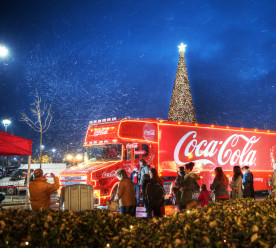 Alphabet’s Google and Facebook have joined a legal challenge by more than 100 tech companies against a decision to end protection for so-called ‘Dreamer’ immigrants. In a legal briefing on the Deferred Action for Childhood Arrivals (DACA) programme – set to expire in March – tech firms have argued that such immigrants play a vital role for the US economy and its growth. The filing is in support of a lawsuit filed by California Attorney General Xavier Becerra in the Northern District of California. A supporting document for the case was signed by Airbnb, Microsoft, Salesforce, Lyft, Uber and Twitter, while an additional motion to put a block on the withdrawal of DACA was supported by Apple. A week ago, dozens of tech companies formed The Coalition for the American Dream, a group calling for bipartisan legislation this year that would give illegal immigrants a path to permanent residency. (Reuters)

Global investment could hold the key to fighting climate change, with $1 trillion already invested in solutions such as renewables and energy efficiency, according to new report by the World Bank’s subsidiary, the International Finance Corporation (IFC). Philippe Le Houérou, chief executive of the IFC, said businesses “hold the key to fighting climate change” but that government reforms and innovative business models are required to “unlock more private sector investment”. As an example, the report highlighted how the IFC provided $653 million in debt financing to fund the construction of 13 solar plants near Aswan, in Egypt. According to the findings, investments in energy storage and off-grid solar of $23 billion a year could be possible by 2025 if national governments favour renewable energy over fossil fuels. (Guardian)

The Farm Animal Investment Risk & Return (FAIRR) network – backed by members including Robeco, Aviva and the Triodos Socially Responsible Investment funds – has called on developed countries to prioritise the “elephant in the room” at the UN talks next week by tackling livestock sector emissions. Farming and livestock management represent about 14.5% of global greenhouse gas emissions, around 0.5% more than the global transport sector’s emissions. FAIRR analysis found that the ten developed countries with the highest-emitting agricultural sectors have collective emissions equivalent to consuming 1.6 billion barrels of oil – with the US, Australia and France as the top three emitters in this area. Yet not a single developed country has outlined a detailed plan to tackle livestock emissions as part of an Intended Nationally Determined Contribution (INDC), which were issued for the Paris Agreement. (edie)

Scotland-based craft brewer BrewDog has launched its latest protest beer, ‘Make Earth Great Again’ in protest at the US government’s decision to quit the Paris Agreement and wider government inaction on climate change. All the proceeds from the limited edition beer will be donated to the environmental charity 10:10, which lobbies for stronger climate change policies. Made from endangered Arctic cloudberries and water sourced from melting Arctic ice caps, the company said the beer has been designed to spark conversations about climate change. A case of the beer has been sent to the White House as a gift, in the hope it catches the attention of the President ahead of next week’s UN climate summit in Bonn. (Morning Advertiser; Business Green)

Calls have been made to ban Coca-Cola’s iconic Christmas truck from Liverpool, UK, amid concerns about obesity levels in the city. Liverpool’s Liberal Democrat council leader Richard Kemp has written to managers at the Liverpool One shopping district arguing that the truck encourages consumption of an unhealthy product in a city where “30% of 11 years olds” and “up to 60% of adults” are obese. The vehicle was last year criticised by leading public health expert professor John Ashton for bringing people “gifts of bad teeth and weight problems”. However many people see the twinkling red truck as a symbol of festive cheer. A spokesman for Coca-Cola Great Britain pointed out sugar-free drinks were also sold and said they received a “positive response from many people in Liverpool”. (BBC; Independent)