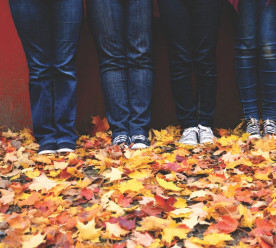 Levi Strauss Foundation has announced $1 million in grants that will bolster their support of vulnerable communities, citing the current “dynamic policy landscape” as a cause. In the days following Donald Trump’s win over Hillary Clinton, Levi’s held an employee ‘town hall’ to discuss the company’s response. A team analysed the Trump administration’s priorities during its first 100 days, and identified a list of non-profits working with communities most likely to be affected – including immigrants, refugees, religious minorities and transgender citizens. CEO Chip Bergh said Levi’s had a “long legacy of standing for inclusion and diversity”, having been founded by an immigrant. A number of corporate foundations are increasingly focused on marginalised communities, including Bloomberg Philanthropies, which this month pledged $3 million to help people who have been hurt by the transition away from coal.  (Levi’s; Triple Pundit)

Facebook’s secret rules and guidelines for deciding what its 2 billion users can post on the site have been revealed for the first time, in a Guardian investigation that will fuel the global debate about the role and ethics of the social media giant. Many moderators are said to have concerns about the inconsistency and peculiar nature of some of the policies that have been leaked to the newspaper. Threats to heads of state are automatically deleted, but threats such as “I’m going to kill you” are regarded as generic or not credible. Subjects including violent death, images of non-sexual physical child abuse and animal cruelty should be “hidden from minors” but not automatically deleted, as they can help to create awareness. Monika Bickert, ‎Facebook’s head of global policy management, said it was difficult to reach a consensus on what to allow. “The line between satire and humour and inappropriate content is sometimes very grey,” she said. (Guardian)

Singaporean real-estate developer CDL has upgraded an existing plan to reduce waste, water use and emissions, and use more recycled construction materials. Called CDL Future Value 2030, the new sustainability blueprint introduces a plan to reduce the volume of waste the company’s produces by 50 per cent from 2016 levels, and ensure that half of the company’s construction materials come from recycled sources by 2030. The company also plans to reduce carbon emissions by 38 per cent from 2007 levels.  The plans will put CDL in a stronger position ahead of the introduction of a carbon pricing scheme in Singapore, which is slated to take effect in 2019. The city-state is also aiming for 80 per cent of buildings to be certified as green by the Building and Construction Authority’s Green Mark Scheme by 2030. (Eco-Business)

CEOs warn US on dangers of abandoning Paris climate accord

Ben van Beurden, chief executive of Royal Dutch Shell, has warned that Donald Trump will put American companies at a disadvantage and weaken the US’s global standing if he pulls out of the Paris climate deal. This comes a few weeks after Jeff Immelt, the GE chairman and chief executive, called on Mr Trump to keep the US in the Paris climate accord. Mr Trump has vowed to unleash the full force of fossil fuels, and made an early move with an executive order aimed at rolling back President Barack Obama’s attempt to ban drilling in the Arctic and off the US Atlantic coast. Many chief executives have welcomed the president’s pro-business bent and avoided criticising any specific policy moves or controversies. But van Beurden said Trump had no hope of reversing the “global societal trend” that is the transition towards renewables. (Financial Times)*

IFC, a member of the World Bank Group, will invest 137 million euros in subordinated green bonds issued by Poland’s Bank Zachodni to help it to finance climate-related projects. This is the first green bond issue by a commercial bank in Poland, IFC said, though the government issued green bonds for the first time last year. With IFC’s support, Bank Zachodni will be able to “significantly expand its existing climate portfolio in renewable energy, green buildings and climate-smart equipment, among others,” IFC said. (Reuters)

Image source: at Pexels. CC0 License. Free for personal and commercial use. No attribution required.