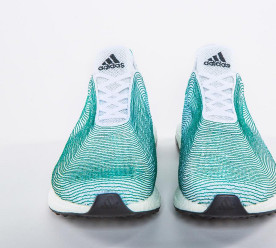 Tea brand Twinings announced a new framework designed to improve the lives of tea workers in its supply chain. Twinings Community Needs Assessment (TCNA) was developed with independent experts such as UNICEF to evaluate human rights risks and the needs of specific communities in support of the SDGs. This marks the first time that a process of this kind will be used within the tea industry as the TCNA goes a step further working to ensure that tea communities are happy, thriving and sustainable. This forms part of Twining’s broader sustainability program Sourced with Care, which will enable Twinings to identify priorities and align interventions with the needs of local communities. As outlined in Twining’s Social Impact Report, Sourced with Care sets the ambitious goal to improve the lives of half a million people in communities where Twinings sources products by 2020. The improvements will be made in three key areas: livelihoods, life opportunities and living standards, which also relate to the UN Sustainable Development Goals. (Sustainable Brands)

A new type of battery developed by scientists at Oregon State University shows promise for sustainable, high-power energy storage. It’s the world’s first battery to use only hydronium ions as the charge carrier. Graduate student Xingfeng Wang and Xiulei Ji, assistant professor of chemistry at OSU, co-authored the study, which has been published in a journal of the German Chemical Society. “It doesn’t use lithium or sodium or potassium to carry the charge, and just uses acid as the electrolyte. There’s a huge natural abundance of acid so it’s highly renewable and sustainable”, Ji points out.  Up until now cations – ions with a positive charge – that have been used in batteries have been alkali metal, alkaline earth metals or aluminum. The new battery provides an additional option for researchers, particularly in the area of stationary storage. “It’s not going to power electric cars,” Ji said. “But it does provide an opportunity for battery researchers to go in a new direction as they look for new alternatives for energy storage.” (EurekAlert)

Singapore is set to introduce South East Asia’s first carbon tax in 2019 under plans revealed by Finance Minister Heng Swee Keat yesterday. The scheme, which would see more than 30 of the nation’s largest polluters forced to pay tax on their emissions, would initially price a tonne of greenhouse gas emissions at between S$10 (US$7) and S$20 (US$14). Although the Singapore government admitted the initiative would likely push up energy prices by between two and four per cent, Swee Keat said the tax is the fairest and most efficient way to bring down emissions. Revenues will be used to help fund industry emission reduction measures.  A final decision is expected in the coming months. The move comes as China is preparing to launch what is expected to be the world’s largest carbon market. The country has been testing regional pilots, and intends to launch a nationwide scheme by the end of the year. (BusinessGreen)

HSBC has today adopted a ‘No Deforestation, No Peat and No Exploitation’ policy following a high-profile investigation by Greenpeace. Since the environmental charity published its findings, which claimed HSBC has extended financial support to palm oil companies in Indonesia responsible for destroying rainforests which are home to orangutans and other rare wildlife, more than 120,000 people signed a petition calling on HSBC to withdraw its support for the alleged companies. This included backing from 30,000 HSBC customers. Gulliver insisted HSBC is committed to promoting a sustainable palm oil sector and will also take steps to join the Banking Environment Initiative to work on industry-wide progress in this sector. Greenpeace welcomed the new commitments and said it would be “watching closely” to ensure HSBC delivers. It also added more banks should adopt the (NDPE) policy to end the banking sector’s alleged role in rainforest destruction. (Business Green)

Unilever, Tesla, Adidas and Energizer are among the brands proving that sustainability makes commercial sense, according to a column by Jake Dubbins, chief executive officer of Media Bounty, on The Drum Network. Last year Tesla generated $10 billion of presales for its electric Model 3 car in just two days, Dubbins writes. Unilever, reported 30 percent faster growth for its “Sustainable Living” brands, compared to the rest of its business. Unilever also released research last month that found a third of consumers (33 percent) are now choosing to buy from brands they believe are doing social or environmental good. At least 10 global companies generating a billion dollars or more in revenue annually from sustainable products or services. These include Whole Foods, Target, General Electric, Tesla, Chipotle, Nike, Toyota and Natura. Dobbins also points to Adidas, points to Adidas, which is working to solve the problem of plastic pollution in oceans by turning this waste stream into new material for its shoes. (Environmental Leader)

Image source: Adidas with Parley for the Oceans at Flickr. Some rights reserved.