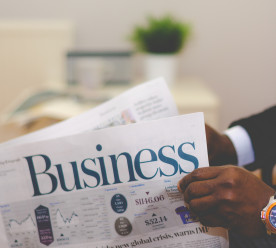 Ford Motor Co. said it’s making an “accelerated attack on costs” by offering voluntary buyout packages to salaried workers in North America and Asia, as Chief Executive Officer Mark Fields faces pressure to improve profit and boost the carmaker’s stock price. This comes after Ford is pouring billions into developing driverless cars, while sales of its conventional models are struggling to keep pace with rivals including General Motors Co. amid a slowing U.S. auto market.  The automaker expects 1,400 salaried employees to leave by the end of September, as a plan to cut $3 billion off the company’s costs this year. The early retirement offers won’t be extended to key employees engineering new models and developing technology such as self-driving cars.  (Bloomberg)

Coca-Cola European Partners (CCEP) has launched a new solar farm in Yorkshire to coincide with news that the firm is now sourcing 100% of its electricity from renewable energy. It will support the production of CCEP’s brands, such as Coca-Cola, Fanta and Sprite, at Europe’s largest drinks factory in Wakefield. Together with an existing combined heat and power (CHP) system, the farm is expected to deliver 15% of the site’s total electricity use and save 3,800 tonnes of CO2 emissions every year. The 100% renewable electricity commitment will comply with Ofgem’s Renewable Energy Guarantees of Origin (REGO) scheme, certifying the proportion of electricity sourced from renewable generation. In its most recent sustainability report CECP highlighted 40% absolute reductions in core-business carbon footprint operations against a 2007 baseline – just 10% short of the company’s 2020 target. (Edie)

Report: Fewer CEOs are getting fired – but more are losing their jobs due to ethics violations

The rate of CEO dismissals are slowing down worldwide, according to a recent PwC report. But more are being fired for ethical lapses.  Boards of directors, the media, institutional investors and regulators are holding corporate executives more accountable, the result being that 5.3 percent of CEOs were fired over ethics violations between 2012 and 2016.This is confirmed by three of PwC’s leaders, who in a blog post suggested that as companies improve their internal controls and procedures, they are also held to a far higher standard by their stakeholders, shareholders and the general public. Global market trends and social media play a major role in in clamping down on unethical conduct. Other trends highlighted by PwC’s report include how CEOs who also had the title of board of directors’ chair tended to be dismissed over ethical lapses at a higher rate compared to the rest of their peers. (Triple Pundit)

Virginia Gov. Terry McAuliffe on Tuesday called for limits on carbon dioxide emissions from power plants in the state, as Democratic state and city officials push back against the Trump administration’s stance on energy issues. McAuliffe signed an executive directive calling on state officials to develop regulations limiting CO2 emission from power plants, and to include provisions that prepare the state to enter into a multi-state emissions-trading program. The climate spotlight has shifted toward states and local governments since Trump was elected in November after campaigning on a promise to “cancel” the Paris agreement. California Gov. Jerry Brown said Californians “can do much on our own and we can join with others — other states and provinces and even countries, to stop the dangerous rise in climate pollution. (Morning Consult)

Image source: at Pexels website. CC0 License. Free for personal and commercial use. No attribution required.