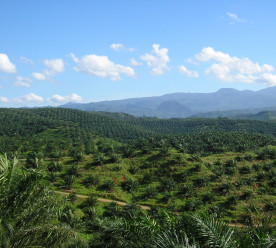 Outrage over the violent removal of a passenger from a United Airlines flight has swept across Asia, with Vietnamese internet users calling for a boycott of the company and China’s state-run media seizing on the episode as proof of the US’s hypocrisy over human rights. The eviction of David Dao, a 69-year-old American doctor, from United Airlines Flight 3411 on Sunday night prompted a massive outpouring of indignation and criticism on social media in China after initial reports that he was Chinese. The post about Dao’s treatment on Weibo, the Chinese microblogging site, has already been viewed more than 600m times. In an editorial, the Chinese-language edition of the Global Times tabloid claimed the incident exposed not just “management chaos” at the airline but the poor treatment often meted out to Asians by police in the US.  A Hong Kong politician, Charles Mok, posted a video on his Facebook page showing him taking a pair of scissors to his United Airlines MileagePlus card. (Guardian)

Dramatic new corruption allegations have rocked Brazil after a judge ordered investigations into eight cabinet ministers and scores of MPs. The list contains the names of many of Brazil’s political elite. The construction firm Odebrecht, which has admitted paying $1bn in bribes, named the ministers including the President’s chief of staff, Rio de Janeiro’s mayor during the Olympics and at least four former presidents.  This is part of the ongoing three year investigation into political corruption at Petrobras. The named people are suspected of involvement in a bribery and embezzlement operation that funnelled money from Petrobras into political pockets. The investigations into nearly a third of President Temer’s cabinet pose a threat to his efforts to pass austerity reforms that he says are needed to lift the economy out of recession. He has promised that any ministers charged with bribery or embezzlement will be suspended. (BBC)

According to research by Oxfam, President Trump’s plan to encourage US companies to repatriate profits held offshore will allow the 50 biggest American corporations to save at least $300bn. The president has promised that companies bringing their offshore cash piles back to the United States will receive a one-off tax holiday. Instead of the statutory rate of 35%, the plan is to tax repatriated money at 10%. According to the research, in 2015 America’s 50 biggest companies had combined offshore cash piles of more than $1.6tn. As companies seek legal loopholes through which to defer US taxes, the amount of money held off shore continues to rise. Mr Trump vowed to introduce the one-off tax rate during his campaign for presidency stating that the 25% reduction in tax would “bring back trillions of dollars from American businesses”. Oxfam said that companies were exploiting a network of 1,751 subsidiaries in tax havens. Although there is no suggestion of companies acting illegally, Oxfam’s head of inequality said: “Corporate tax dodgers cheat the US out of approximately $135bn in unpaid tax revenues every year” (Guardian)

Missed climate targets could melt permafrost the size of Australia

British scientists have warned that if nations fail to achieve targets set by a global agreement on climate change, a piece of permafrost the size of Australia will melt. Permafrost is soil that has been frozen for at least two years and is most often found at high latitude regions such as the Arctic. The soil contains high levels of carbon dioxide and methane. If the permafrost melts, these gases will be released into the atmosphere.  According to a recent study by researchers from Exeter, the University of Leeds and the Met Office, for every degree that the world warms, 4 million sq km of permafrost are lost. If global warming increases by 2 degrees, it would equate to a 40% loss of the earth’s permafrost. It is estimated that 35million people currently live on top of permafrost. Thawing could cause the grounds to become unstable and would therefore lead not only to environmental damage but also huge social disruption.  (Eco-Business)

The European parliament has approved a resolution to introduce a single certification scheme for palm oil entering the European Union. The resolution aims to phase out the use of vegetable oils that drive deforestation by 2020. Lack of transparency in current certification is said to plague efforts to reduce deforestation and habitat degradation. Kateřina Konečná who drafted the resolution said the parliament want “an open debate with all players so we can make palm oil production sustainable, without cutting down forests”. The vote sends a defiant message to the Commission that issues in vegetable oil supply chains can no longer be ignored. Forty-six percent of the palm oil imported by the EU is used to produce biofuels and while they present an attractive alternative to traditional fossil fuels, their production poses significant threats to environmental health, food security and worker safety. (Sustainable Brands)