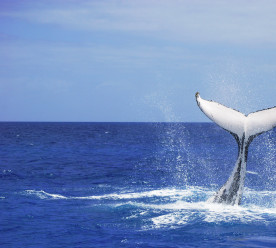 The Forest Stewardship Council (FSC) has approved a plan to re-engage with the Indonesian agribusiness giant, Asia Pulp and Paper (APP). For ten years the FSC, which runs a global forest certification system, has suspended its relationship with APP. It ended all contractual relationships between itself and APP in 2007 due to mounting evidence that the company was involved in destructive forestry practices. Since the dissociation, APP have rolled our several sustainability policies including a 2013 ‘Forest Conservation Policy’; a US$10 million a year pledge to protect and restore 1 million hectares of forest; and a roadmap towards improved sustainability by 2020. In spite of the company’s efforts, APP continue to be surrounded by controversy. Following years of discussion, a conditional approval has finally been made by the FSC to re-engage with APP. The conditions require the Indonesian firm to develop more detailed action plans on how it will commit to improving its environmental and social legacy. (Eco-Business)

The United Nations (UN) has announced that it will be holding the first-ever World Ocean Festival. The event will be held in early June when global leaders convene at a major conference on the protection and sustainable use of the planet’s oceans. The inaugural festival, to be held in New York City, will unite people from across the world to bring attention to Goal 14 of the UN Sustainable Development Goal; to ‘conserve and sustainably use the oceans, seas and marine resources for sustainable development’.  Penny Abeywardena, the Commissioner of the (New York City) Mayor’s Office for International Affairs stated that “people will come together to catalyse specific steps we can take as a community to preserve our oceans and engage our citizens and in particular, our young people”. The conference has been cited as an opportunity to address the major woes humanity has put on the ocean from marine pollution to degraded coastal ecosystems. (UN News Centre)

Unions warn of strikes after Royal Mail closes pension scheme
Royal Mail announced this morning that it would be closing its defined-benefit pension plan next year. Although the plan, which has 90,000members and assets of £7.4bn, is currently in surplus, the company has said that the surplus will run out in 2018. The current scheme guarantees a postal worker’s average salary for his or her pension. In a statement Royal Mail said, “We have concluded that there is no affordable solution to keeping the plan open in its current form”. The Communication Workers Union said that employees face losing up to a third of their future pension. For a 50-year-old member earning £25,000 a year and retiring at 65, this would equate to a loss of £4,392 a year. Royal Mail stated that it was in talks with the union over a “sustainable and affordable solution for the provision of future pension benefits”. There have already been warnings that Royal Mail is entering into a costly battle. (Guardian)

According to a lawsuit filed against Yahoo, the web company failed to keep financial and humanitarian commitments. In 2007 it admitted to helping the Chinese government find dissidents who were later jailed. Seven of the dissidents and the wife of an eight have now filed a complaint in federal court to enforce promises made by Yahoo when it settled the 2007 lawsuit. The company had promised to provide all necessary support, legal and otherwise, to the families of two men jailed as a result of the company sharing their email address and other information with Chinese authorities. Along with the support, the company also created a relief fund for other people who had been imprisoned for expressing their views online. However, the fund was allegedly ravaged by self-dealing. Law firm Cohen Milstein Sellers & Toll stated “of the $17.3 million that funded the Yahoo Human Rights Trust, more than $13 million, including $2.6 million for a Washington, D.C. townhouse, has been illegally diverted for expenditures that have nothing to do with providing humanitarian assistance”. Yahoo has declined to comment on the allegations. (Bloomberg)

Another step has been taken to improving the transparency into companies’ environmental, social and governance (ESG) data. The release of the Arabesque S-Ray, an application that streamlines ESG information for over 4,000 of the world’s largest corporations, offers investors, regulators, NGO’s and consumers another way to access companies’ sustainability data. The diagnostic technology developed by an ESG quant asset manager Arabesque processes data to evaluate companies in three ways. Firstly, it provides a ‘GC Score’ through an assessment of the company based on the core principles of the United Nations Global Compact. Secondly, the application assesses a firm’s performance on financially material ESG issues. Finally, S-Ray allows users to compare the business involvements of companies against their personal values. Arbesque CEO, Omar Selim, said “Our objective is to take sustainability into the mainstream by making it available in a practical and cost-efficient way. S-Ray’s unbiased algorithms harness the power of artificial intelligence, processing big data to produce a daily snapshot of a corporation’s sustainability”. (Sustainable Brands)